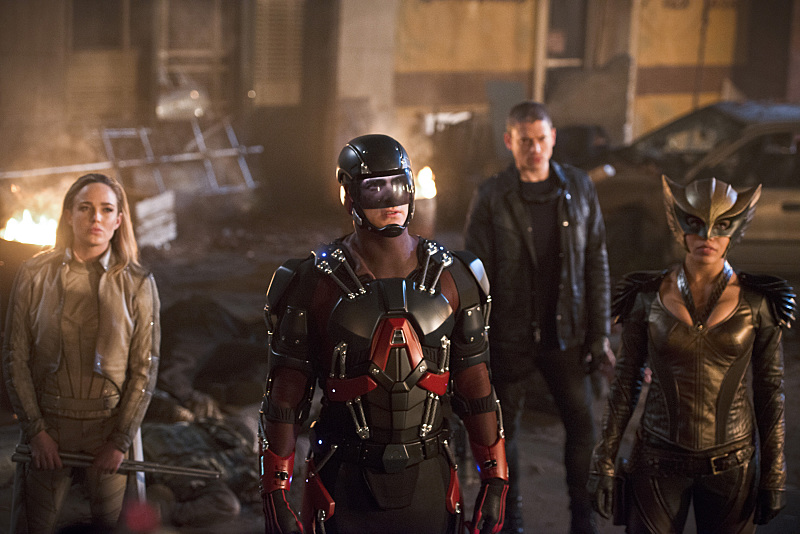 Season 1 saw the vanquishing of Vandal Savage, but closed with the introduction of Hourman and the Justice Society. Details regarding what’s next for the team aboard the Waverider are scarce, besides the casting of Vixen. However, TVLine has the scoop on new information about “new characters” and romantic developments.

A couple of the character introductions are to include a “powered Han Solo-type and a female soldier from the 1940s.” Legends showrunner Marc Guggenheim also teased “a new dramatic engine,” as well as “seeds” being planted in certain romantic developments. Whether the latter is in relation to a pre-existing relationship on the show, or something entirely new remains to be seen. White Canary actress, Caity Lotz, has already intimated Sara may have a new love interest this season. Any bets on her and Nyssa getting back together, or her and Snart giving love a chance are likely out the window.

We know the introduction of Season 2’s big bad will be a “slow reveal,” akin to what’s been done with The Flash and Arrow. But everything else on that particular front has been unfortunately quiet. With San Diego Comic-Con arriving in mere weeks, fans are likely to get their first taste of what to expect from all four shows in the Arrowverse.