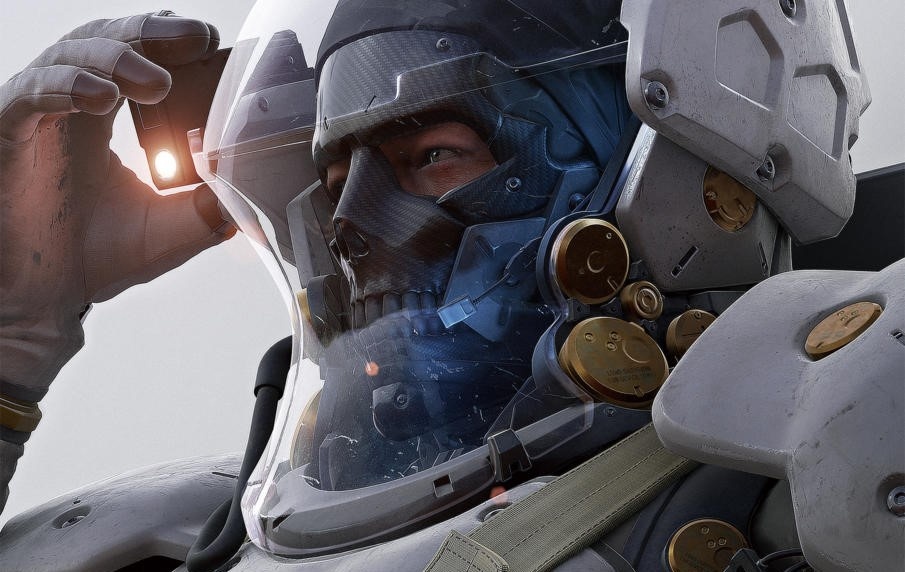 Hideo Kojima has revealed more information on his mysterious new game, Death Stranding. Speaking at Sony’s PlayStation conference at Tokyo Games Show, Kojima took to the stage and spoke about what form the game will take.

Death Stranding will be an open-world action game with some “degree of freedom” and contain online elements (via GameSpot). Kojima wants players to feel connected via “strands”, which is the theme of the game. The game’s logo, revealed back at E3, alludes to this notion with the trails beneath the letters representing strands. Death Stranding will also support 4K and HDR, falling in line with Sony’s PS4 Pro announcement, Kojima confirmed. An engine for the game has been decided with Kojima wanting to prove that “indie studios can produce AAA world class masterpieces.”

Interestingly, alongside these tidbits of information, Kojima may have hinted at a reunion with director Guillermo del Toro. During his portion of the presentation, an image was put on screen that shows Kojima and star of the game Norman Reedus, locking hands with two other figures (via IBT). On the far left is a clear depiction of Guillermo del Toro, with the figure on the far right resembling actor Mads Mikkelsen. The Rogue One and Hannibal star is rumoured to be involved in the project. This comes after a selfie of him with a fan was linked to an image Kojima posted of a figure wearing similar attire during motion-capture.

Check out the cryptic image below: 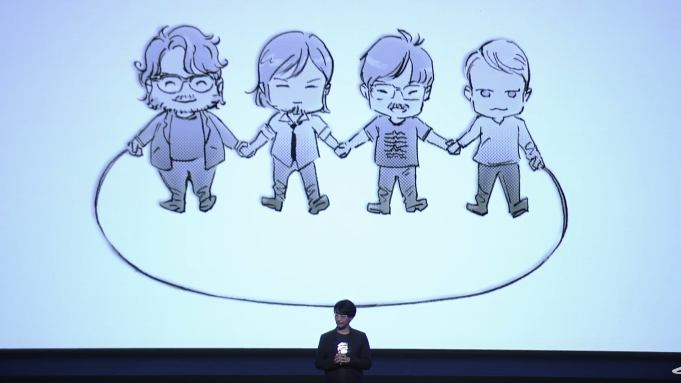 Guillermo del Toro was working alongside Kojima on a new Silent Hill game staring Norman Reedus, before the game was famously cancelled. Death Stranding will be Kojima’s first game after leaving hostile publisher Konami and partnering with Sony to form his own studio, Kojima Productions. Death Stranding was revealed at this year’s E3 but is in the very early stages of development.