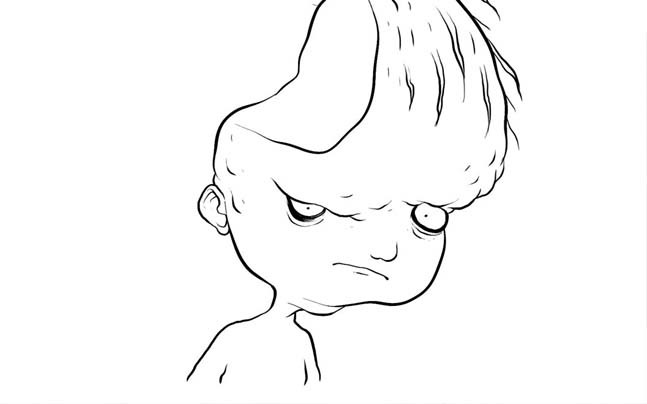 Former Buzzfeed contributor, Adam Ellis, tweeted about his first Dear David haunting in August 7, 2017. A little less than a year later, this Twitter saga will soon get its own movie. On June 6, 2017, the cartoonist confirmed the development of the film  on Twitter:

“Some Dear David news: Dan Lin (producer of ‘IT’) will be producing a Dear David film with screenwriter Mike Van Waes (writer of ‘The Conjuring’ spinoff ‘The Crooked Man’) attached.”

Some Dear David news: Dan Lin (producer of ‘IT’) will be producing a Dear David film with screenwriter Mike Van Waes (writer of ‘The Conjuring’ spinoff ‘The Crooked Man’) attached. pic.twitter.com/NpM9Ej7ih5

This whole saga began innocuously. Ellis tweeted about a ghost of a dead child that is supposedly haunting his apartment:

“My apartment is currently being haunted by the ghost of a dead child and he’s trying to kill me.”

The story has since gone viral. The very first tweet currently has more than 50,000 retweets and 70,000 likes.  Ellis went on to document his experiences with the ghost that would eventually be known as David or Dear David. The updates, which included videos and pictures, have gone on for months. Ellis has even moved apartments. The cartoonist is currently living in the flat above where he used to. Apparently, this hasn’t stopped David from following him:

“Sort of randomly, the apartment above mine is vacated, and I have the opportunity to move into it. It’s a larger apartment, so I’m thrilled. Another month or two goes by, and I sort of forget about Dear David. I think he lost track of me because I moved upstairs. But lately, something strange is happening.” read a few of Ellis’ tweets.

The last of the Dear David updates were posted last February. Ellis has been sporadic on Twitter since then. In March, he explained that there have been no David sightings as of late:

“For everyone asking if I’m alive: I’m doing OK! It’s been pretty quiet around here lately and I’ve been trying to focus on work. Of course I’ll keep you updated if anything strange happens, but for now I’m staying busy with drawing and other projects.”

Debates about how true the Dear David story is has been going on since the first tweet was sent out. An article written by Olivia Harvey from Hello Giggles actually brings up proof that the whole Dear David saga is actually a hoax.

According to the article, the fact that Ellis worked for Buzzfeed is a factor people should consider especially since Buzzfeed produced a Buzzfeed Unsolved video about The Boy in the Box  – a story eerily similar to Dear David. The write-up posits that Ellis might have taken inspiration from this episode. Morever,  Ellis is an artist. He can draw and he probably knows his way around photoshop. It doesn’t hurt that this cartoonist have a lot of projects coming up. Dear David can drum up the excitement that he needs.

Ellis has since commented on people saying Dear David is a hoax. The former Buzzfeed contributor explains that he is no business of convincing people that his story is real. He just wants to tell it:

“I’ve never been interested in convincing anyone that ghosts are real–I just wanted to tell my story. If it was all fiction, I probably would’ve updated more than once every couple weeks.”