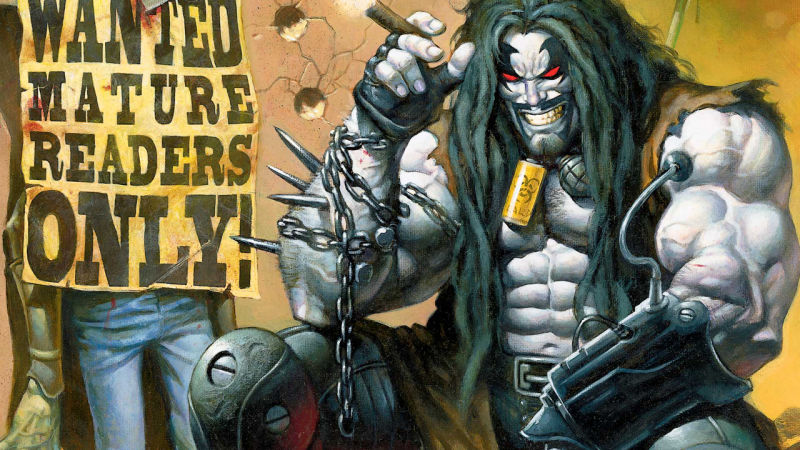 In March, it was reported that Jason Fuchs, the Wonder Woman screenwriter, had been tapped to write the long in gestation Lobo film. Nothing concrete has been confirmed as of yet, but hopes are still alive that the claims are true. To add to the movie’s various mysteries, Deadpool director, Tim Miller, has revealed that he was once involved with the project.

During an interview with Hitfix, for the Deadpool Blu-ray/DVD release, the director disclosed his involvement. “I met on… Lobo two, three years ago. They had a script then. So it’s not like — and I think they even did a test for it early on.” Speaking on the trepidations regarding the production of R-rated superhero films, he added, “I think it’s something that filmmakers and sometimes the studios want to do. They just haven’t seen that they can actually make money.”

Does this mean Lobo once had, or still could have the potential, to seek an R-rating? As far as the character is concerned, it would certainly make sense. Especially since, The Main Man and Deadpool are often compared, in terms of their vulgarity, over-the-top wackiness, and fixation on violence… and themselves.

Truth be told, all anyone really wants is a Deadpool vs Lobo match to the death. That may not be happening anytime soon though, if ever, so for now we will have to settle for the awesomeness that is Deadpool and hope for the best Lobo film Warner Bros. can muster.