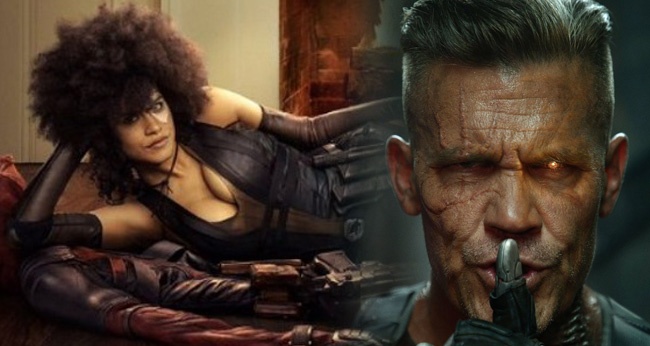 Reports came out earlier this week that a test screening went terribly for Deadpool 2, and massive reshoots are taking place to fix the film. As it turns out, all that news was just a terrible rumor, and Collider’s editor-in-chief Steven Weintraub clarifies what the reshoots are actually for.

According to him, they were actually there to add more Cable and Domino. Weintraub explains:

“Both crowds in these screenings said they love Josh Brolin as Cable, they love Domino, but that they would like to see more of both characters in the movie. This is obviously not talking about other things that we’re not allowed to talk about… The two main things were Cable, Domino, everyone loved both characters, they wanted to see more. So when everyone in an audience gives notes and says ‘we want more Domino, we want more Cable,’ the smart play for the studio is, especially in the competitive summer is, ‘okay, how can we do that? how can we add these characters?’ So what happened was in February or whenever it was, they did additional photography, where, guess what, they added Cable, or more Cable and they added more Domino. And so that’s the main thing about the additional photography. There was no trainwreck.”

This is definitely a relief to hear. Sure fans would be worried if the movie came out bad, but even if the film is good, we still have no idea what Domino and Cable are like. Based on what we’ve seen in the trailers, Josh Brolin’s Cable is a stone cold hardass, but we don’t know what to say yet about Domino.

According to reports, Domino was cast with an aim to have an actress who could catch up with Ryan Reynolds improvisations as Deadpool. She may not be the albino mutant we’ve seen in the comics, but I’m also digging this version of the character, what with her afro and white eyespot.