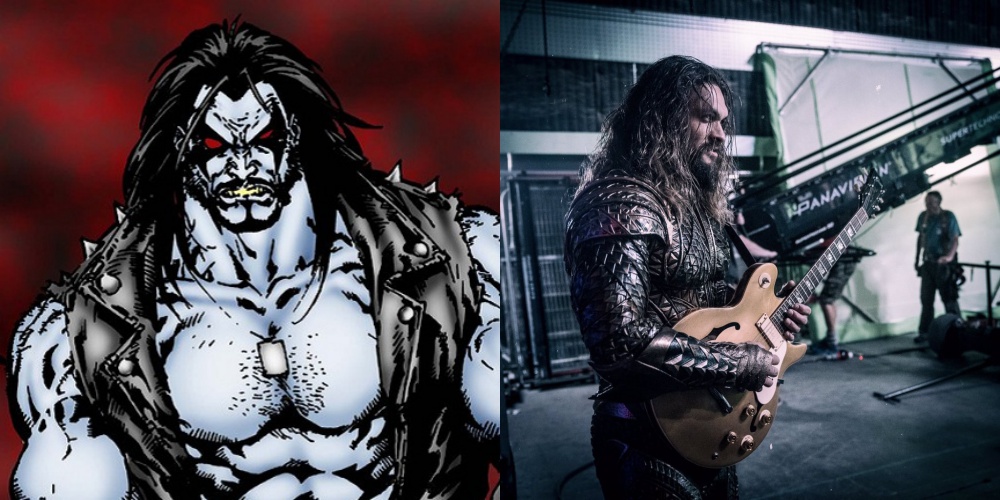 The DCEU has been in development for many years. Very few probably know its inner-workings and how things got off the ground. It’ll make for a fascinating documentary one day, that’s for sure. One of the elements that makes it fascinating is the direction being taken with Aquaman’s character. Jason Momoa has ascended to a level of awesomeness that Aquaman himself has yet to meet even in his most badass iterations. However, if the Justice League teaser is any indication, that’s all about to change. Interestingly, Momoa says he too was unaware of the plans Zack Snyder and Co. had for the King of Atlantis.

In an interview with ET Canada (via Comicbookmovie.com), he spoke about his initial thoughts upon being brought aboard for the franchise. Momoa knew Snyder wanted him, but he assumed he would play a bad guy — he thought he’d be the Main Man.

We’re all happy he’s playing Arthur Curry, but let’s walk this back a bit. Wouldn’t he make for an excellent Lobo? His charisma and unwavering sense of humor certainly fits the bill. But it wasn’t meant to be. Maybe Momoa’s Aquaman will one day share a scene with the intergalactic bounty hunter. Lobo’s solo film is moving forward, though rather slowly. The movie’s screenwriter, Jason Fuchs, teased the film’s pre-New 52 direction earlier this summer. Hopefully more information on that front isn’t too far off.

Justice League hits theaters November 17, 2017. Following it not long after will be Momoa’s solo Aquaman film, helmed by master of horror, James Wan.