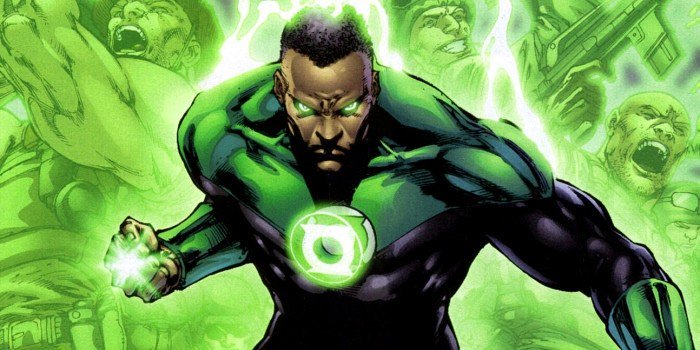 After years of uncertainty concerning the DCEU’s debut of the Lanterns, Warner Bros. has tapped David S. Goyer and Justin Rhodes for Green Lantern Corps. According to Deadline, Goyer will produce the film, alongside Geoff Johns and Jon Berg set to executive produce. It’s great news that things are finally picking up. However, it’s not all that’s been revealed.

Apparently, the movie will be akin to Lethal Weapon in space. Two Lanterns will lead the film’s focus — fan favorites Hal Jordan and John Stewart. The story, “conceived by Goyer and Johns,” will emphasize the relationship between Jordan, Stewart, and the Corps. Said relationship could explain the Lethal Weapon in space vibe, as an older and experienced Hal Jordan may be teamed with a younger newbie in John Stewart. Also unknown is which actors are to be cast in the two major roles.

If recent rumors are true, we may know at least one actor portraying one of the GLs in the near future. Allegedly, a Lantern will make his DCEU debut in Justice League at the end of this year. There, one member of the Corps will appear in a reportedly “key sequence.”

Since Green Lantern Corps is “based on a comic book” origin story, the film will have plenty of ground to cover. It should be familiar territory for Goyer, who crafted the story for Batman Begins and Man of Steel. The superhero flick will be a first for Justin Rhodes, whose writing credits include Contract Killers and Grassroots.

As of now, the movie is still without an official release date. However, Warner Bros. has yet to ditch its promise of launching the film in 2020.

Who would you like to see cast in the two leading roles? Tell us your thoughts and theories in the comments below.