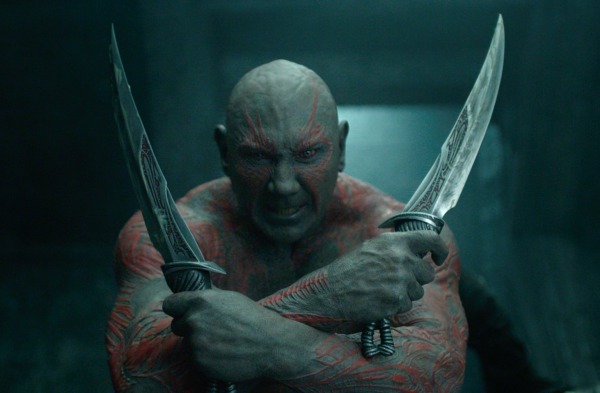 Guardians of the Galaxy’s Dave Bautista has been a very vocal supporter of director James Gunn, and a lot of people were wondering if Gunn was ever going to bring him in when he started work on The Suicide Squad. What’s interesting was, that was part of the plan, but Bautista declined, opting to work with Zack Snyder.

Talking to Entertainment Weekly, Bautista explained that he had initially declined Snyder’s offer, but changed his mind when he read the script. He says:

“I had this chip on my shoulder and was looking for juicy [dramatic roles]. Then I read the script and it was a lot deeper and had more layers than I thought. And also, to be quite frank, I wanted to work with Zack.”

For context, Army of the Dead is said to be crossing two genres—the heist movie and the zombie flick—to tell a fresh story. Bautista is said to be the lead of a gang of mercenaries who will attempt a huge score located in the middle of the zombie apocalypse.

I have to say, though Bautista did start of in wrestling, he has had some very interesting roles in the past couple of years. Besides Guardians, he had also played a part in the last James Bond film as well as Denis Villenueve’s Blade Runner 2049. He’s also expected to show up in the upcoming Dune movie later in the year.

No release date has been announced for Army of the Dead, but you can catch Bautista in Dune when it comes out Oct. 1.