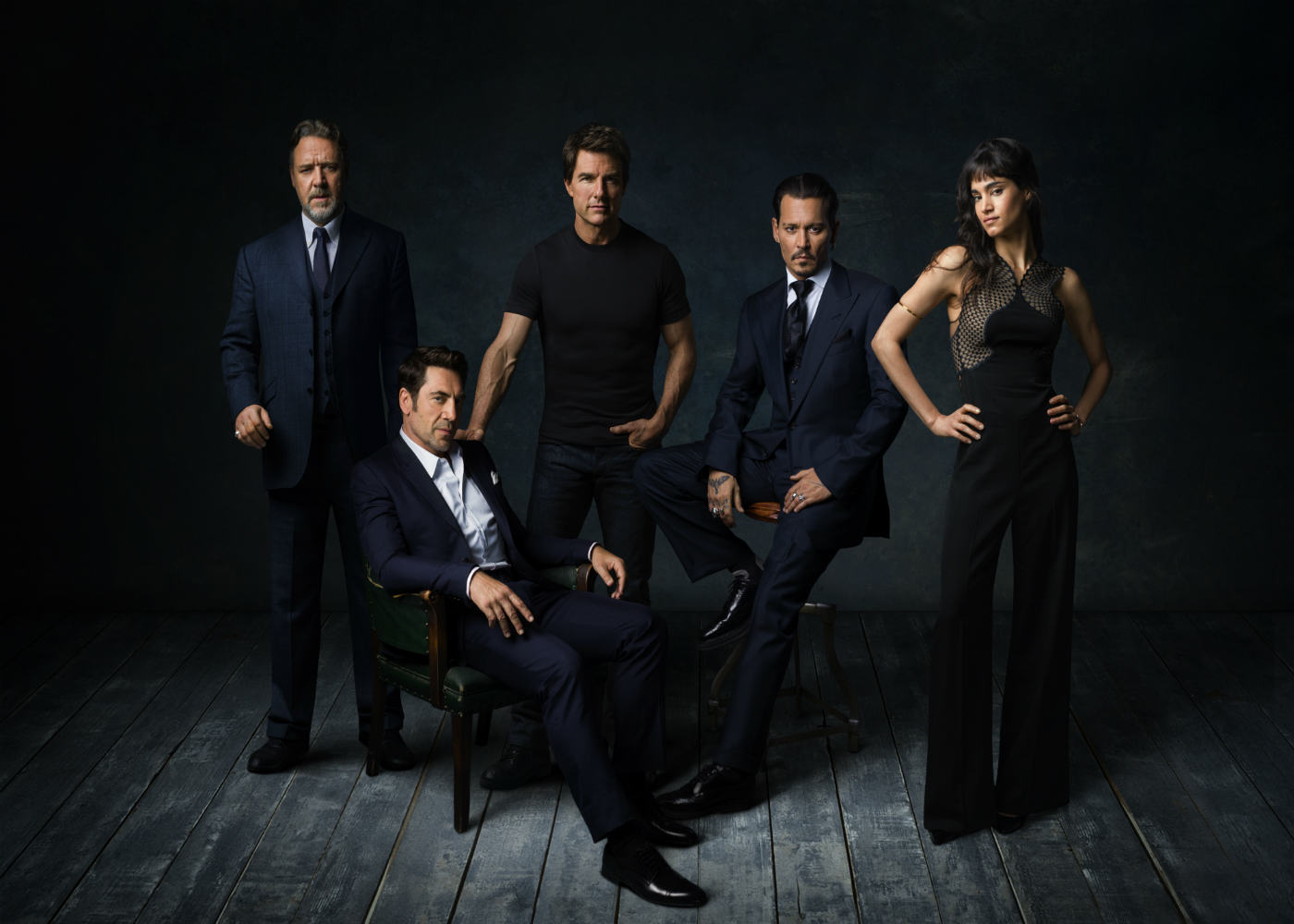 Universal’s Tom Cruise starring The Mummy isn’t even out yet, but confidence must be pyramid high, because they’re not shuffling about when it comes to creating their own shared cinematic playground, the Dark Universe.

The Mummy pits Tom Cruise’s Nick Morton, a soldier of fortune who plunders ancient sites for timeless artefacts, against a betrayed Egyptian princess (Sofia Boutella), who was entombed under the desert for thousands of years. With her powers constantly evolving, Morton must now stop the resurrected monster as she embarks on a furious rampage through the streets of London.

Via the medium of a glossily staged photograph, the studio announced that Johnny Depp would be The Invisible Man, Russell Crowe will become Dr. Jekyll, and presumably at some point his alter-ego, Mr Hyde, whilst Javier Bardem would step from the undead monster he portrayed in Pirates of the Caribbean: Salazar’s Revenge, straight into Frankenstein’s Monster.

With the future of this universe, one that has already suffered a failed resurrection with 2014’s Dracula Untold, resting on the success of The Mummy, which early tracking has down for a so-so $40m opening at the US box office, the news that the studio wants Angelina Jolie for its Bill Beauty and the Beast Condon directed Bride of Frankenstein, is tinged with hope that the franchise can make it that far into its ambitious slate of films. Bride of Frankenstein is the only other monster mash to be given a release date. The wonderfully appropriate February 14th 2019.

Not content with snaring an entire row from the Academy Awards audience as their line-up, Universal are also said to want to bring Dwayne ‘The Rock’ Johnson into their family. Early rumours have him pegged as The Wolfman.

The Mummy opens its sarcophagus and kicks off this shared universe on June 9th 2017.