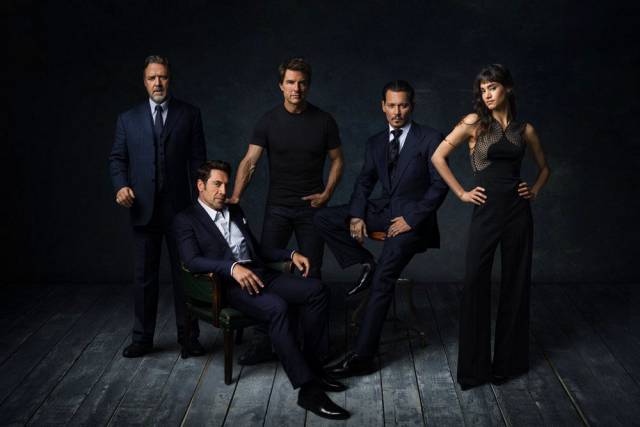 When Universal decided to launch their Dark Universe banner, The Invisible Man was made part of the franchise with Johnny Depp set to star. With The Mummy failing at the box office though, Universal has decided to scrap their cinematic universe and approach the films individually moving forward.

According to Variety, Universal’s president of production Peter Cramer had this to say about the change:

“Throughout cinematic history, Universal’s classic monsters have been reinvented through the prism of each new filmmaker who brought these characters to life… We are excited to take a more individualized approach for their return to screen, shepherded by creators who have stories they are passionate to tell with them.”

Universal has decided to push forward with The Invisible Man, and the studio has found Leigh Wannell (Upgrade) to direct the movie under the Blumhouse banner. It’s also said that the movie has dropped Depp, seeing as the project is going on an entirely new direction.

Personally I would have loved to see Depp play a character like the Invisible Man. He can be delightfully quirky when he needs to be, and that could work for a character whose face we don’t really see. But because of some bad PR (and honestly lackluster performances), it looks like the studio would want to move on without him.  As for the other actors previously announced for the Dark Universe like Javier Bardem and Russell Crowe, it seems that their options are still open should they choose to return.

No release date has been set for The Invisible Man.