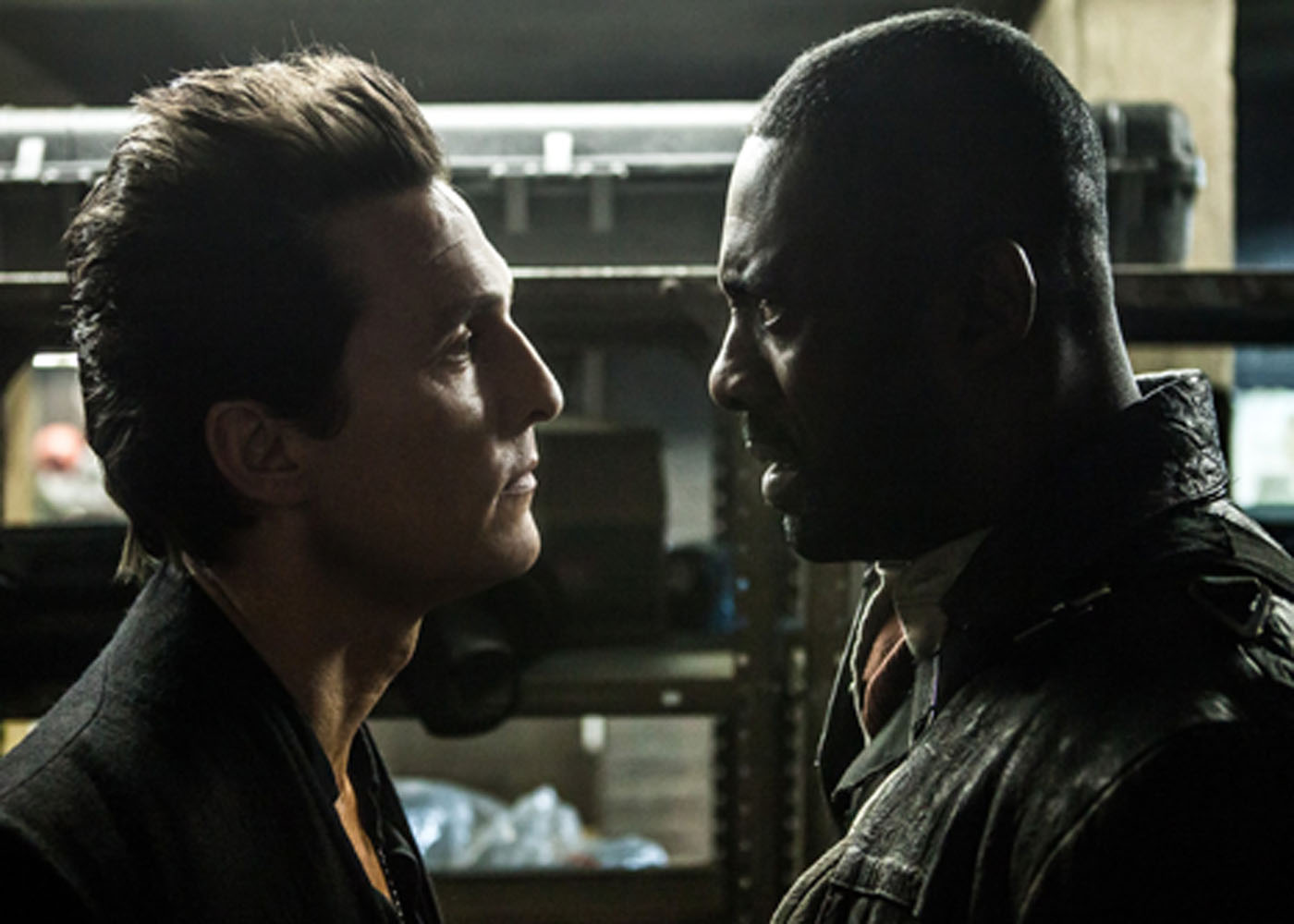 We’re only two months away from the release of The Dark Tower, the film adaptation of the epic novels by Stephen King. That means it’s time for the marketing to really kick into high gear. Fans of the upcoming adaptation get to enjoy three new television spots, available from Sony Pictures Entertainment.

In the first spot, Roland (Idris Elba) essentially narrates the plot of the film. He’s a Gunslinger, and his mission is to kill The Man in Black (Matthew McConaughey). While most of the spot is devoted to action, it does end with a little joke about how tough Roland actually is. It’s nice the movie isn’t going to be all doom and gloom.

The next spot highlights The Man in Black. It’s pretty chilling, and it’ll be interesting to see how McConaughey holds up as a villain. One interesting shot is when The Man in Black is walking through a hallway, and the words “All Hail the Crimson King” are on the wall.

While the Crimson King could play a big role in potential The Dark Tower sequels, it’s hard not to think about True Detective. You may remember the big riddle that plagued McConaughey’s character throughout that season — “Hail the Yellow King.” This film could provide a nice callback to one of McConaughey’s previous works.

Finally, Idris Elba recites the Gunslinger’s mantra. All three spots reuse a lot of the same shots, so it seems as though we’re in for some great action sequences filled with Elba doing his best to look awesome while reloading a gun.

What’s striking about The Dark Tower spots is how little attention was given to Jake Chambers (Tom Taylor). The first trailer really played up the bond between Roland and Jake, almost giving the impression the movie would have an interdimensional buddy-cop vibe between Elba and the little kid.

What seems most noteworthy to you about these Dark Tower TV spots? Let us know in the comments.