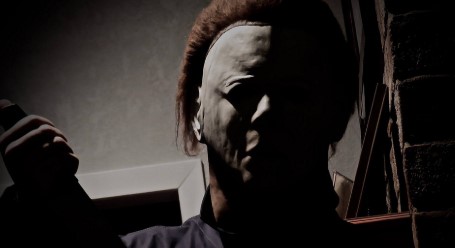 Fall officially started a little over a week ago and with the turn of the season comes one thing – Halloween! Aside from the usual festivities that come with the occasion, this year’s ghoul-time holiday is expected to be doubly special with the premiere of a long-awaited remake.

John Carpenter’s Halloween is scheduled to hit the big screens a week before the main event. With the debut almost upon us, fans of the cult movie have been thoroughly teased by the cast and crew of the movie about what they can expect from the return of the masked killer, Michael Myers.

Danny McBride, one of the writers of the remake, recently sat down with Entertainment Weekly in order to discuss the upcoming movie. In the interview, McBride spoke about the first time he saw the Michael Myers mask in person. The actor giddily explained that the whole ordeal was surreal. It was both terrifying and exciting at the same time:

“That day, they were testing the mask [with] James for the very first time. They weren’t even shooting with him. They had brought the mask onto set and were doing lighting tests inside the house. We creeped in early to see that… and there he was at the end of the hallway, just sort of lit from a little bit of light coming in from a bedroom shining on the Shape standing at the end of this hallway, just looking at us. We were all like, ‘That’s incredible! I don’t want to go back there. I know what happens when you go back there!’”

It was such a memorable experience for McBride especially considering how much of a horror fan he truly is. According to the Eastbound & Down actor, being involved in the project is such a dream. He has always been a fan of the genre and the gig is something his young self wouldn’t have imagined:

“Always a horror fan. I think any kid that grew up in the ’80s, that was the best section to walk through in the video store, just like looking at all those movie cover boxes and trying to figure out which one you could convince your parents to let you rent that weekend.”

Like McBride, Jamie Lee Curtis, the actress who played the original final girl aka Laurie Strode, gushed about returning to the franchise. For the scream queen, being asked to reprise her role was an emotional rollercoaster she didn’t expect. She revealed that from the moment she step foot on set, she was already crying:

“I started crying the day I arrived. I didn’t stop crying until the day I left. I didn’t expect it. I knew [Laurie] would be fierce, I knew she’d be galvanized, I knew I’d be tired, I knew I would work hard. I did not know that it would move me so deeply, the whole experience of the movie. It took me a good month [to recover].”

Halloween is scheduled to premiere on October 19, 2018 in cinemas across the country.