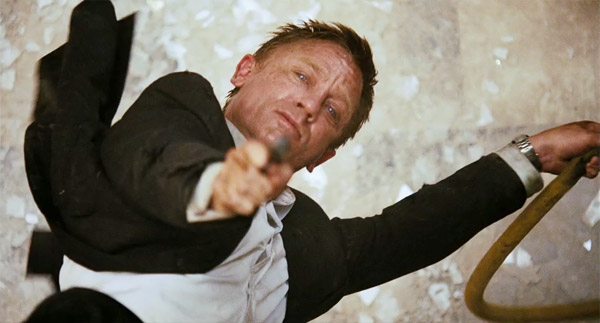 It’s hard to imagine after the 2002 critical flop Die Another Day that the James Bond franchise from MGM would ever rise to cultural prominence again. However, after an incredibly successful reboot in 2006 with Casino Royale and three smash-hit sequels, we have another billion dollar franchise on our hands. At the centre of that has been Daniel Craig whose casting was initially protested for being too “blonde” but he has since earned his license to kill.

However, despite Skyfall grossing $1.1 billion and Spectre grossing $880 million, Craig has made his reluctance to return well known, telling Time Out Magazine that he’d rather slash his wrists than play James Bond again. But these movies are an incredibly tough shoot and Bond is a demanding role so maybe Craig just needed a bit of time off from the series before returning.

But now, according to the Daily Mail (so please take this with a grain of salt), Daniel Craig has turned down a £68 million ($100 million), two-film deal with MGM which would have been a massive pay-rise after earning £38 million ($55 million) for his work on the past four movies. The deal allegedly also included endorsements, profit shares, and a role for him working as a co-producer.

“Daniel is done – pure and simple – he told top brass at MGM after Spectre. They threw huge amounts of money at him, but it just wasn’t what he wanted. He had told people after shooting that this would be his final outing, but the film company still felt he could come around after Spectre if he was offered a money deal.”

The reason to be slightly wary of this story is not just its source, but because of prior information concerning Craig’s contract and the rights of this franchise. Columbia Pictures’ distribution deal with MGM for the Bond franchise ended with Spectre with the rights going up for auction sometime in 2016, where they could be picked up by any studio with a big enough wallet, be it Warner Bros., Walt Disney Entertainment, 20th Century Fox or even Columbia Pictures again should they out-bid the competition. Craig is also contracted for one more Bond movie so reports of a deal about the next two right now seems questionable.

Also, if a new studio acquires the movie rights, maybe they’ll want a new actor to portray 007. They can bring Craig on board for one more, but that’s up to the studio to decide and maybe the new management will prefer to completely start anew. Right now, Thor and Crimson Peak star Tom Hiddleston is the favourite to take over the role of James Bond, especially after U.K. bookmakers stopped accepting casting bets after being inundated with exceptional interest. Other favourites include Idris Elba and Damien Lewis.

Who would you like to play the next James Bond, and do you think Daniel Craig should stick around with a franchise he seems to openly despise working on? Sound off in the comments below.