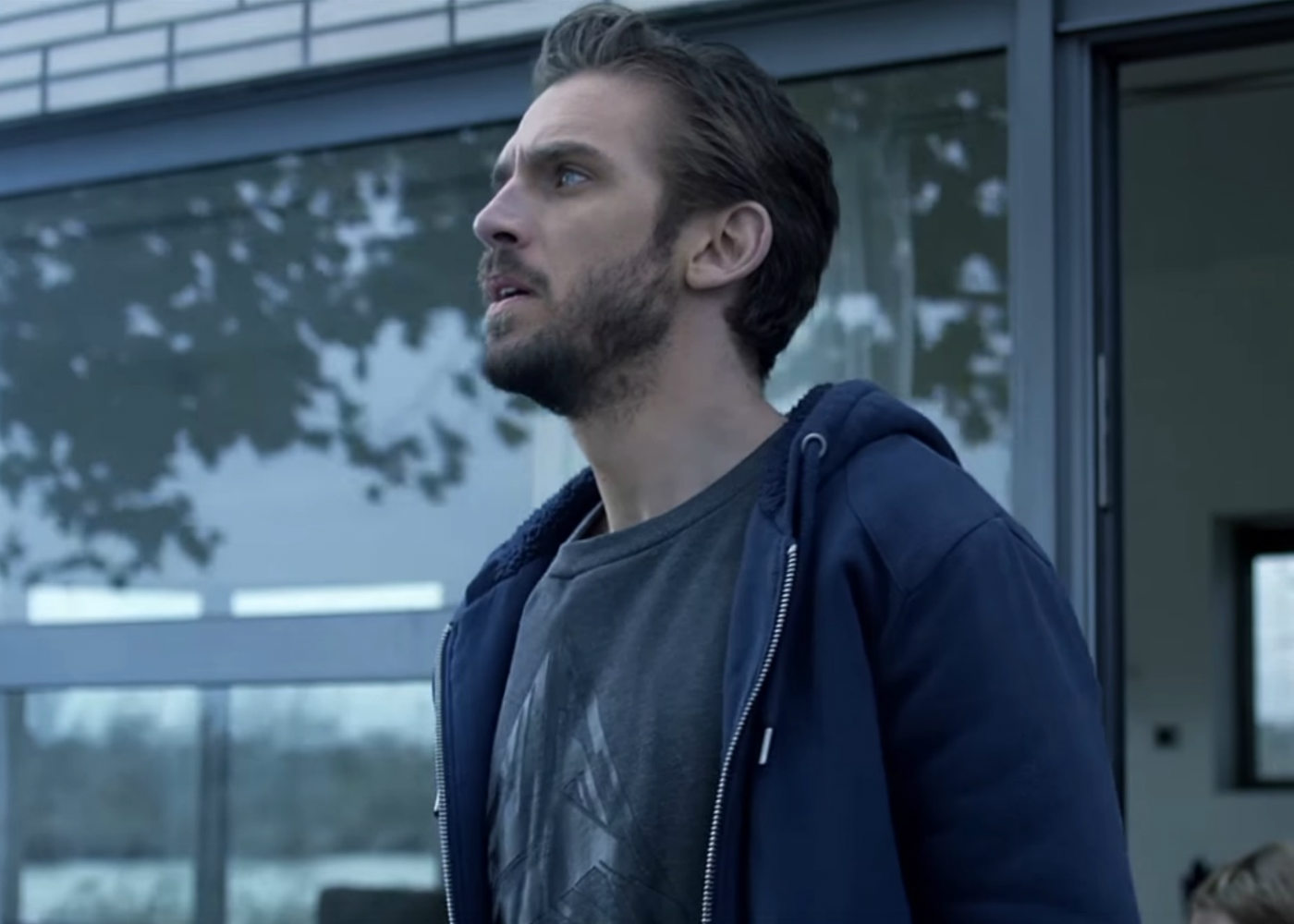 Dan Stevens is on a meteoric rise to the top since his appearance in Beauty and The Beast. Its no surprise his fan base is growing rapidly, and he’s fast becoming one to watch. Stevens has appeared lately in the FX series Legion, as well as Nacho Vigalondo’s Indie film Colossal. However, this latest role is a far cry from being a Disney Prince. Stevens appears in the Tim Smit directed  Sci-Fi film, Kill Switch. Smit is a Visual Effects man who has made the leap to sitting in the Captain’s chair. This movie marks his feature length debut.

The trailer for the film has been released, and shows a post apocalyptic- style world, but the style filters in to what looks more like an online video game. Stevens’ role is that of a pilot who battles to save his family, and of course the planet, after an experiment for unlimited energy goes catastrophically wrong.

Kill Switch is, in fact, based on a short film by Smit that went viral almost 8 years ago. Titled What’s in the Box?, it had the internet buzzing about what it would lead to. Smit, who is a Dutch filmmaker, had said he was approaching some studios to turn the short in to a feature film.  After things went to radio silence, it has now resurfaced as Kill Switch.

Combining the standard omniscient point of view, the film then switches to a third-person shooter video game, and the expectation is that the film will shift in to several other views as well. Alongside Stevens, is former Bond girl, Bérénice Marlohe, and Wolf Hall’s Charity Wakefield. The screen play is by Omid Nooshin and C. Kindinger.

Kill Switch will be available on Ultra VOD as of  May 19, and in selected theaters in the U.S. and On Demand, starting on 16th June, 2017.