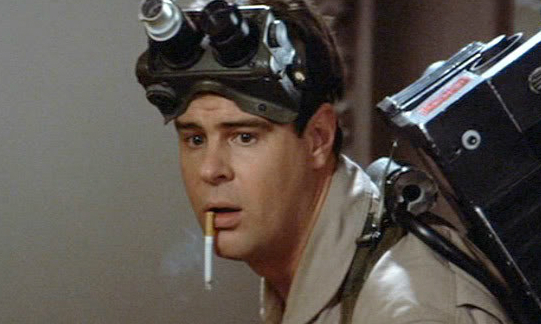 While the new Ghostbusters continues to suffer backlash and hatred the likes of which has not been seen in some time, there are those who are throwing their support behind it. One of the latest is original Ghostbuster Dan Aykroyd, who also penned the classic film. He has posted his own review of the film via social media, likely in the hopes it will add some much-needed credibility to the film.

"As originator of the original: Saw test screening of new movie. Apart from brilliant, genuine performances from … https://t.co/Z9pcg9ehDF

“As originator of the original: Saw test screening of new movie. Apart from brilliant, genuine performances from the cast both female and male, it has more laughs and more scares than the first 2 films plus Bill Murray is in it! As one of millions of man-fans and Ray Stantz, I’m paying to see that and bringing all my friends!”

Unfortunately there are still those out there who refuse to be moved even by a screen legend and someone who was part of the very film haters are attempting to defend (for lack of a better word). Many were quick to target Aykroyd with their venom over his public endorsement.

@dan_aykroyd I'm sorry Dan, as much as I love you, and the original 2 films, I just cannot bring myself to watch this reboot.

Some were very classy:

@dan_aykroyd
They raped your baby and you're thanking them. I hope you're being sarcastic.

@dan_aykroyd as Murray would say. Ray has gone bye bye egon. Your only saying this cos you get a percentage of the franchise sales

And then of course there were those who wasted no time pulling the obvious sexist card:

The hatred facing the new Ghostbusters film and its cast has been unprecedented, largely due to the fact that an all-female cast was chosen to lead the film versus an all-male crew in the beloved original. Many claim the shade being thrown is because it’s a reboot and has little to do with the gender of the stars, however no reboot has faced quite this level of hostility before. What are people to think then? response to all the malice, star Melissa McCarthy recently made a statement regarding those that claim this new Ghostbusters is destroying a part of their childhood.

“All those comments – ‘You’re ruining my childhood!’ I mean, really,” she told The Guardian. “Four women doing any movie on earth will destroy your childhood? I have a visual of those people not having a Ben [Falcone, her husband], not having friends, so they’re just sitting there and spewing hate into this fake world of the Internet. I just hope they find a friend.”

The world doesn’t have long to wait to see whether the reboot will be good enough to stand up against all the animosity. Ghostbusters hits theaters July 15.