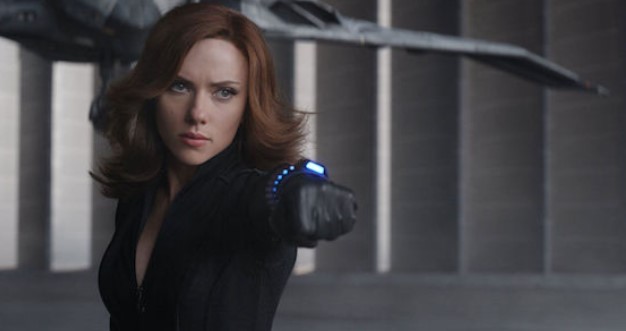 Marvel Studios had a big panel for the D23 Expo, and though the shows were only mentioned back at SDCC, we now have official teaser posters for the Black Widow film, plus miniseries WandaVision and The Falcon and The Winter Soldier.

This will be the first Phase 4 film for the MCU, and besides having a new costume for Scarlett Johansson, we also have a look at Florence Pugh’s Yelena Belove as well as Rachel Weisz’s Melina Vostokoff. We also have a look at David Harbour in his Red Guardian outfit, and though we don’t have confirmation on who’s playing him, we also get a look at Taskmaster.

WANDAVISION!!! Official D23 poster I had the honor of painting during the early concept phase of preproduction. This @DisneyPlus show is gonna be something totally fresh.. & weird! #ElizabethOlsen #PaulBettany @DisneyD23 #D23Expo #D23Expo2019 #Disney+ @MarvelStudios #WandaVision pic.twitter.com/VJU4p05Pmb

Like the rumors have suggested, WandaVision will have some kind of sitcom appearance to it, which I guess is a result of Wanda Maximoff using her reality altering powers to bring Vision back. We don’t really know how the series will go, but it’s said that it will build up to the release of Doctor Strange in the Multiverse of Madness and may even draw from the House of M comic.

The Falcon and The Winter Soldier

The first poster for ‘THE FALCON AND THE WINTER SOLDIER’ has been officially released. #D23Expo #D23 (Source: https://t.co/qLK6mlE0E4) pic.twitter.com/8yuYdsUrJ3

This is the first we see Sam closer to his red and white Falcon outfit from the comics, and we also have a clean cut Bucky Barnes like when we first met him in Captain America: The Winter Soldier. We don’t know a lot about the story, but rumor has it that it has something to do with the US government not wanting Sam Wilson to be the new Cap. Until we get some new details, all we really have to cling to is rumors.

First look at ‘The Eternals’ cast in costume revealed during D23

We don’t really have a poster for Eternals, but we did get some concept art of all the charcaters in costume. Who we didn’t get to see was Kit Harington though, as he’s been revealed to be playing the Black Knight for the film; interesting counting that his onscreen brother Richard Madden (Robb Stark) is playing one of the Eternals.

No specific release dates have been revealed for the miniseries, but you can catch Black Widow when it hits theaters May 1, 2020.