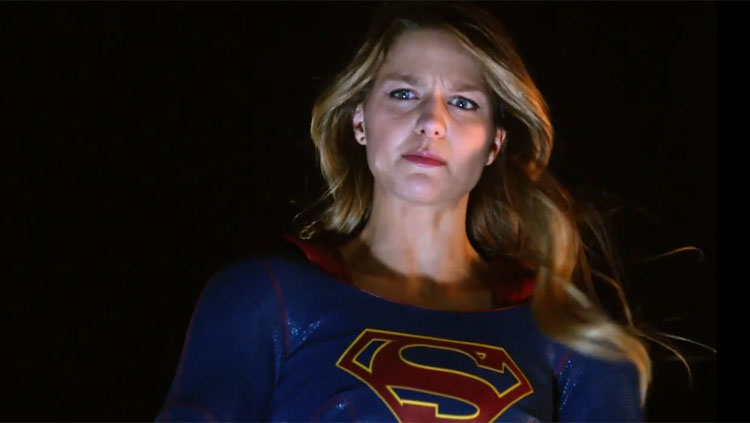 Missed Supergirl’s first season and want to catch up before the Arrowverse shows return in October? The CW has it covered, as the network will air Season 1 in its entirety later this summer. Beginning Monday August 1, the show will have two episodes aired each Monday in preparation for its Season 2 premiere. Below is a portion of the announcement, courtesy of Heroic Hollywood. 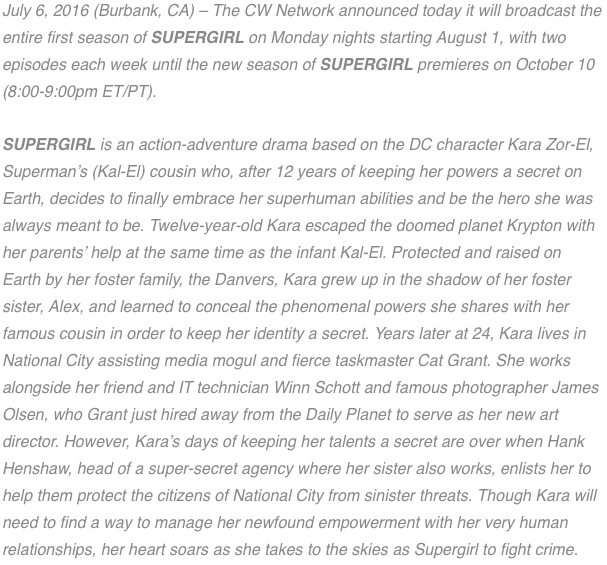 Now everyone can be up to date on the Girl of Steel, before her new adventures begin. So far, very little is known about Season 2. The sophomore effort will introduce Superman in the first two episodes, and Lynda Carter is set to star as President. However, in what capacity these two will appear remains a mystery. Truthfully, there is not much to be gleamed from anything that has been revealed. With San Diego Comic-Con just weeks away, more is definitely soon to come.

The excitement there is that all The CW DC shows will be in attendance. Perhaps then Supergirl’s official insertion into the Arrowverse will be detailed in some manner.