It may not be the news fans of the NBC series were clamoring for, but at least it’s news. The CW is bringing back Constantine, with Matt Ryan in the titular role, for an animated series on CW Seed. Aside from those few details, the key art below (via IGN), and Greg Berlanti and David S. Goyer being named producers, little else is known. 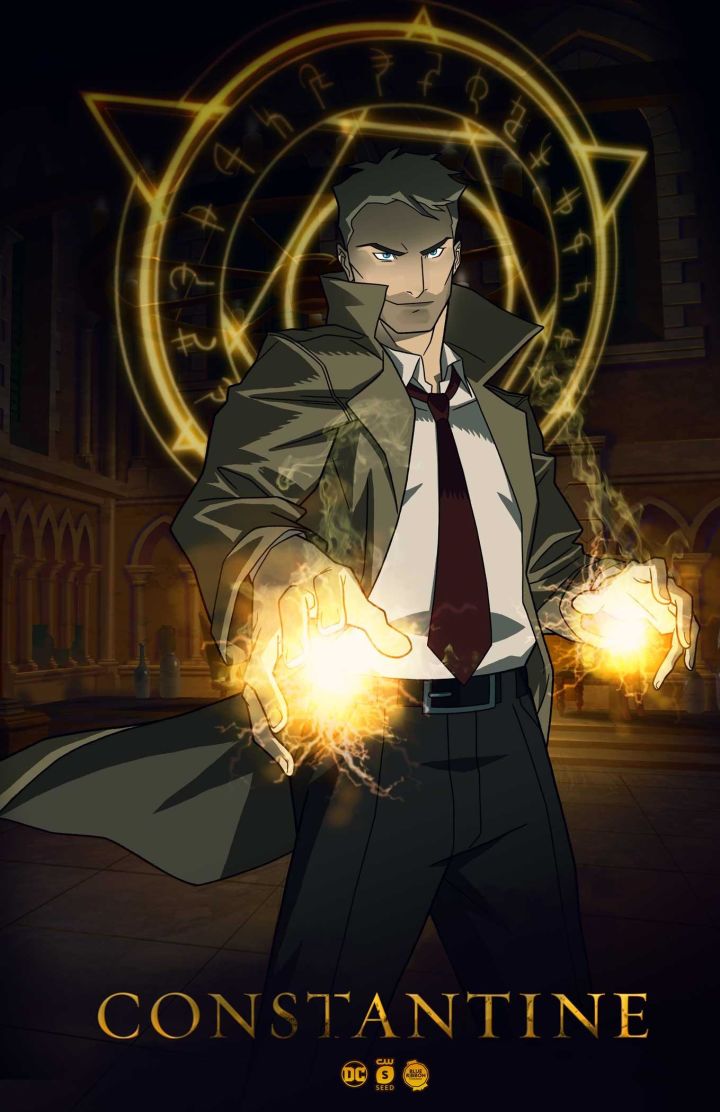 The show ran for a short season on NBC in 2014-2015 before being cancelled. Hopes were high that either The CW or Netflix would pick up the show for a Season 2. When Matt Ryan appeared during Arrow’s fourth season, to help with Sara, hopes grew higher. Unfortunately, the network didn’t budge. But alas, here we are.

Will this series pick up where the NBC show left off? That remains to be seen. However, at the very least, it appears as though this animated take will be connected to the Arrowverse. Vixen is another CW Seed series connected to the DC TV universe, star Megalyn Echikunwoke also appeared in Arrow Season 4. Characters from the live-action end, such as Green Arrow, the Flash, Cisco, and Laurel Lance, have all featured in animated form on her show. It’s fair to assume similar accommodations could be made for the Constantine series.

Vixen usually runs between five to seven minutes each episode, offering bite-sized stories that build on one another. Similarly, Constantine will have ten minute runtimes. According to Deadline, six episodes have been ordered, thus far. Is it possible more episodes will be ordered at a later date? For now, we can only hope.

While waiting for more news, fans of Ryan’s John Constantine have the Justice League Dark animated film to look forward to. The film has been rated R, a second time for DC, and is set to release sometime this year.