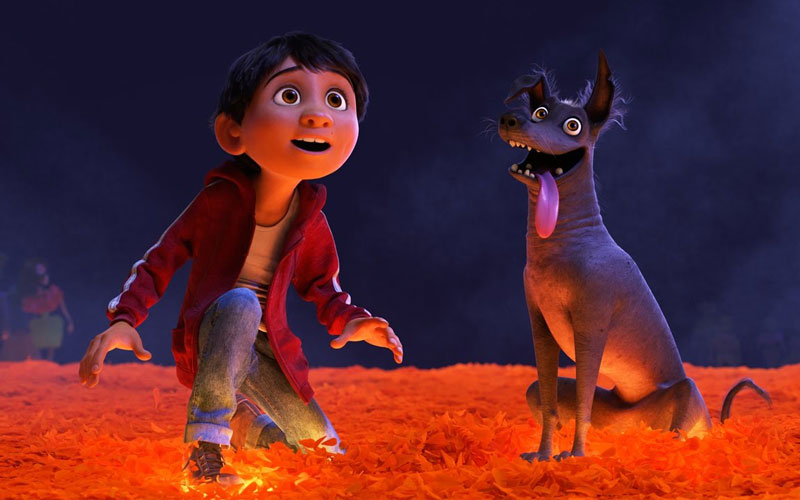 One of the most emotional animated films from Disney Pixar and now, it’s one of my favourite animated films right next to Toy Story, Finding Nemo, Finding Dory, and Inside Out. The story goes on with a family who took music out of their lives since one of the member of their family left to pursue his career in music. The family has found their means of living in creating shoes, but one of them decided that he is going to become a musician too, the family however, does not support his dream of becoming a musician, because of that, he made decisions that lead him to discover many things including the land of the dead and what really happened to his great grandfather in his journey.

First of all, the movie was mostly criticized because of the fact that it had some similarities with another Disney film, The Book of Life which is also a Mexican themed animation which also happened during the day of the dead, however, the story is way too different from the book of life which is about love, this one is about family. I think most of the viewers mistakenly judged this film because of that comparison or maybe they were fans of the other movie, but clearly, there is no point in comparing since both of these films were great on their own.

Another thing is that the twist really got me in the end, I was getting so emotional when the film unfolded, but that doesn’t stop there, I also went to tears when the song about father-daughter love began playing, it really touched my heart. As an aspiring songwriter, I can really relate on some of the scenes in this film and I love the fact that this movie celebrates the talented songwriters who are the true artists behind the melody and lyrics of the world’s greatest hits.

The animation was great, the story was great, and it was just an absolute ride of different emotions. I highly recommend it to all viewers of all ages. I believe that this film deserves a nomination for best animation in the Oscars. Overall, I’ll rate this film 9.2 out of 10.