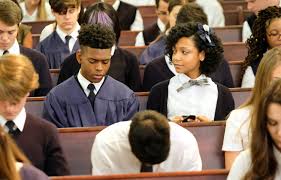 Marvel’s Cloak & Dagger premiered on Freeform a week ago. The series, which is based on a Marvel graphic novel with the same name, relates the events following the collapse of an oil rig in New Orleans.

Thus far, reception for the show has been mostly positive. After three episodes, Cloak & Dagger has a respectable rating of 86% on Rotten Tomatoes. Moreover, critics like Abraham Riesman from Vulture has called the show a must-watch:

“The show is weird, in its unique way, which keeps it from descending into mere teen-angst drama. In short, there’s a lot going on in Cloak and Dagger, and if it can keep up its pace of invention and revelation, it promises to be your essential superhero watch of the summer.” read the Vulture review.

Recently, ScreenRant caught up with Carl Lundstedt and Noelle Renee Bercy, the actors who play Liam and Evita respectively, to talk about their experience on the set of the new series. While keeping mum about details for future episodes, the young actors gushed about their roles in the Marvel show.

During the interview, both Carl and Noelle raved about getting to work with Love & Basketball director Gina Prince-Bythewood. According to Carl, he was already aware of Bythewood even before signing on to Cloak & Dagger. However, Noelle, in particular, was very excited, to work with Bythewood because it is so rare in Hollywood to have a black woman at the helm of a show:

“Working with Gina was a dream. I’m sorry. Just a black woman. This was, this was, “What!?” And I remember on set. Someone was asking, it was one of the extras, they were trying to figure out who the director was. And they would point to this white man, and then that white man, and then this white man. And I’m like, “No, it’s the black woman over there. And they were like, “Wait. The one with the hoodie?” And I was like, “The one with the hoodie.” (LAUGHS) So it was just great.”

In the same junket, the possibility of Cloak & Dagger being integrated into the expansive Marvel universe was also explored. Both actors consider the series removed from the MCU. However, it is exciting to know that collaborations and crossovers is within the helm of possibility:

“Well I think it’s really special to be a part of a world like a universe that is existing on television in so many different networks or you know Netflix and everything. But that our show also can coexist in a way with no shows. It just makes it a more fleshed out to me. It’s just cool to be honest. I don’t know that there’s going to be any crossover. But it’s just kinda cool to like know that.” quipped Carl.

Cloak & Dagger’s fourth episode entitled “Call/Response” is scheduled to air on June 21, 2018. The first season would run on Freeform from June until August of this year.