Skip to content
Home » Chris Pratt on ‘GoTG Vol 2’: “The Biggest Spectacle Movie of all Time” 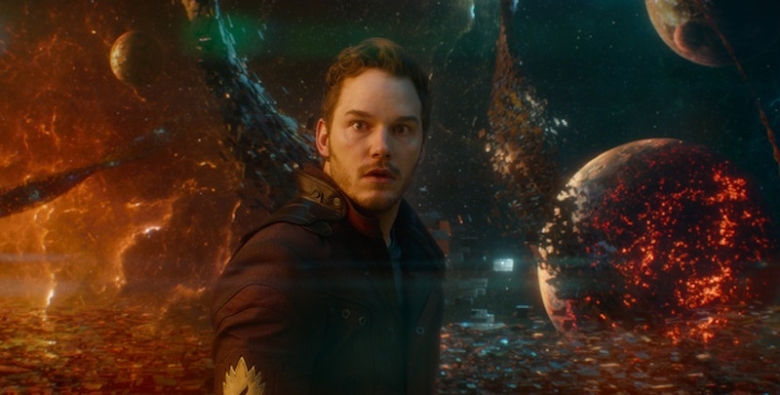 The success of Marvel Studios’ Guardians of the Galaxy is still pretty hard to quantify. James Gunn had never helmed a blockbuster before, but was given free reign to adapt an obscure Marvel series that starred a talking raccoon whose best friend is a tree. However, Guardians of the Galaxy is the highest grossing movie in the MCU that doesn’t star Robert Downey Jr. as Iron Man with a worldwide gross of $773M worldwide.

With that success came a quickly greenlit sequel due for release next Summer. Because of James Gunn’s proven track record with this franchise, it seems Marvel has opened the metaphorical floodgates, allowing him to craft one of the biggest movies of all time, at least according to Star-Lord himself (Who!?) Chris Pratt.

While promoting The Magnificent Seven remake at the Toronto International Film Festival, Chris Pratt spoke with the Toronto Sun about Marvel’s secrecy and their ethos:

“There’s a network of people in charge at Marvel who make all the decisions. They have the universe drawn up for about 20 years. And they are pretty adamant about us allowing them to release information about the movies and what’s coming down the pike, as they see fit. And they’ve instructed us not to say anything. I can say Guardians 2 is going to be out May 5. It’s finished and it’s going to be terrific. I’m already so proud of it. We worked really hard on it and it’s a joy to be part of.”

That’s information we’ve heard from other MCU actors before. But it’s what he says that’s going to be what gets the hype-train going at full speed:

Obviously Pratt’s not going to trash the movie he’s hoping to sell. However, judging from the concept art we saw weeks ago (pictured above) it appears GoTG: Vol. 2 is going to be a massive film, even when compared to its already-vast predecessor.