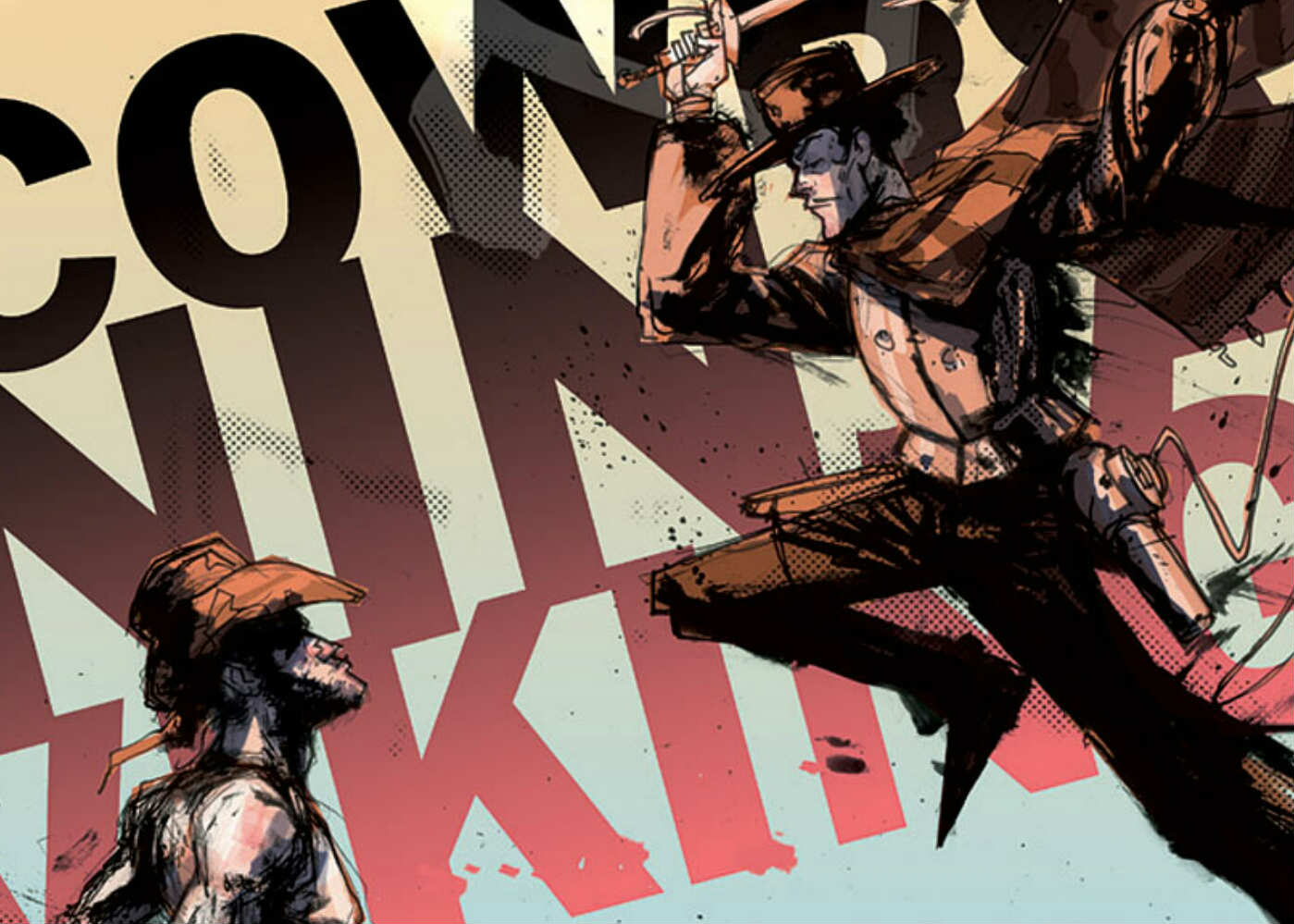 Chris Pratt (Guardians of the Galaxy, Jurassic World) has been trying to get this project off the ground for a while now. By establishing a release date for this project, Universal is making the onscreen adaptation of Cowboy Ninja Viking a reality.

The Hollywood Reporter has announced this movie will go up against Paramount’s Transformers 7 on June 28, 2019. This Image Comics/Shadowline story follows a man with Multiple Personality Disorder, who works as an agent assassin known as one of the Triplets. From the title of this graphic novel you can probably guess what each of the three personalities’ abilities are.

Back in 2014, Chris Pratt confirmed his involvement on Twitter. According to a Deadline report, Pratt is set to play all three sides of the protagonist’s personas (the cowboy, the ninja, and the viking) instead of the original plan, as reported by Collider, to have a different actor play each of Duncan’s (the main character) three sides. With the success of M. Night Shyamalan’s Split, it makes sense the general audience is ready for something as bizarre as this. Michael De Luca, Guymon Casady, Mark Gordon, and Pratt himself will all work as producers of the unorthodox concept that will definitely become a blockbuster.

If you have not yet read the graphic novel by writer A.J. Lieberman and artist Riley Rossmo, you can check out the individual issues or the collected omnibus on Comixology. The physical copy of the book is still sold online on sites like Amazon and Barnes and Noble.

It started with Dr. Sebastian Ghislain: rogue psychotherapist/covert op/DJ. Tasked with creating a counter-intelligence unit, he turned to those long thought useless to society…patients with Multiple Personality Disorder. These agents became known simply as Triplets. Misguided? Yeah. Impractical? Sure. But did it work? Absolutely not. Now someone has located each Triplet and created a band of ridiculously disturbed, but highly effective assassins. Our only hope? A Triplet known as Cowboy Ninja Viking! –Comixology.com