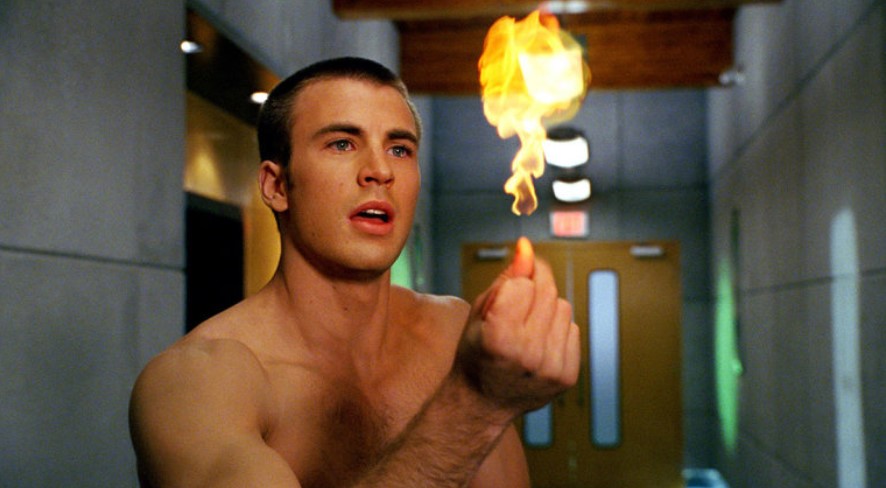 Before he was Captain America, people used to know Chris Evans as a member of the Fantastic Four. Back then, the action star was Johnny Storm a.k.a. Human Torch. Now reports say that Deadpool 2 considered inviting Evans to cameo as the Torch in the film.

Co-Writers Paul Wernick and Rhett Reese revealed to Uproxx that they were supposed to have Evans audition as the Human Torch during Wade’s journey to assemble the X-Force. Wernick explained:

“There were different codas kicked around… There were more X-Force interviews that were talked about. One was Chris Evans as Human Torch.”

It would have made a lot of sense for the Torch to appear in the movie. After all, Fox does own the character Sadly, the idea never got off the ground, and they never even got to approach Evans to reprise the role.

Captain America has always been the perfect boy scout for the MCU. I kind of miss it when Evans was the mischievous Johnny Storm in the Fantastic Four films. Some might trash the films now. However, I think that FF was already pretty good for the early days of superhero movies. Plus, the sibling rivalry between Johnny and Ben Grimm (The Thing) was always fun to watch.

Chris Evans may not be in it, but look out for some more cameos in Deadpool 2 when it hits theaters May 18.