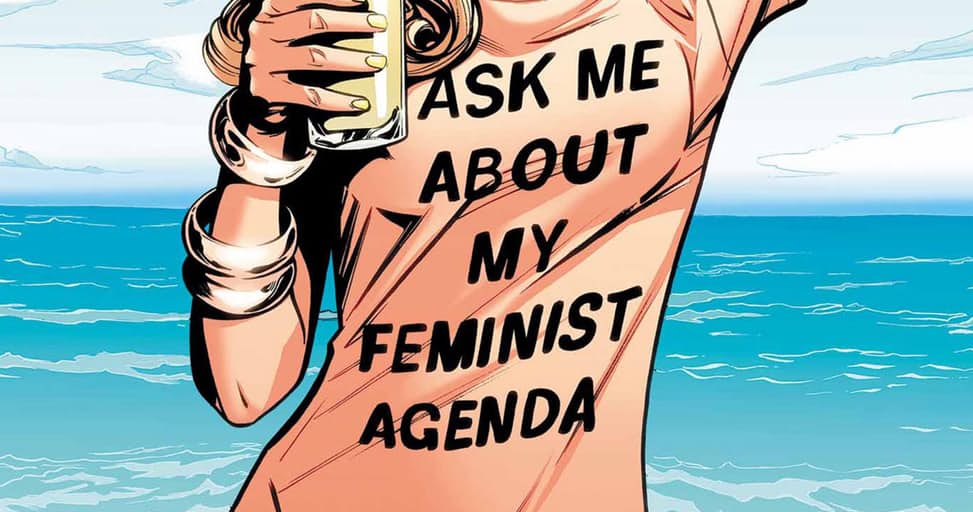 The internet is an unfortunate place that houses a lot of bullying haters, and Marvel comic book writer Chelsea Cain knows this. Recently she got a lot of hate for her feminist stance on the lack of female writers. After reading the entirety of her short-lived Mockingbird book, it’s understandable why we need more of this and less of those who drove her to quit Twitter.

Bobbi Morse is known for her S.H.I.E.L.D. endorsed fighting skills, her fleeting marriage to Hawkeye, her apparent death, her Jim McCann penned Secret Invasion comeback, and her likeness to Adrianne Palicki on ABC’s Agents of S.H.I.E.L.D. Unless you followed her post-resurrection journey on the New Avengers book, most people don’t know that she’s now a pseudo Super Soldier. The first issue of Mockingbird begins the protagonist’s journey with the consequences of getting doped on the Super Soldier Serum and the Infinity Formula — she has to go to S.H.I.E.L.D. for a lot of health check-ups. 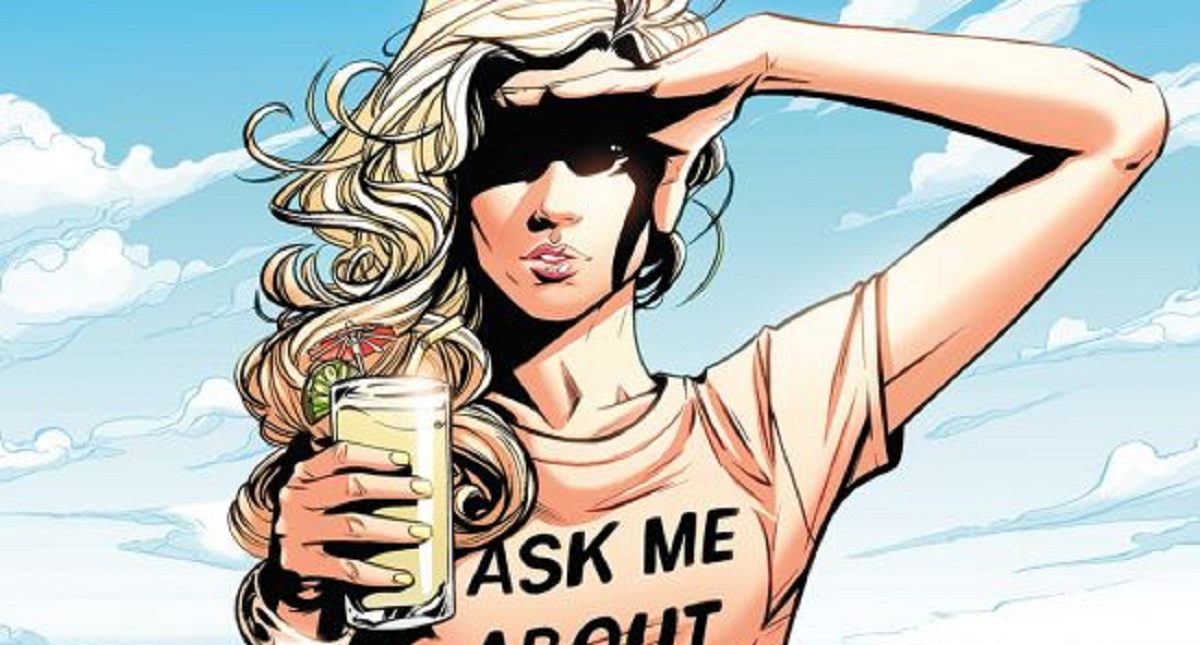 The first issue is pure gold because it makes no chronological sense, and Chelsea Cain acknowledges this in her prologue letter to the reader. The book is very intelligent, allowing the reader to pick up on clues without patronizing our ability to understand complicated plots. If we can follow The Clone Saga, and the resurrection of both Batman and Captain America, we can follow Bobbi’s POV hallucinations.

Kate Niemczyk’s art is also very smart. Aside from the well-placed Easter Eggs and the non-linear splash pages, it’s easy to automatically follow its consecutive order. As an example, check out Mockingbird’s fight scene with London’s Hellfire Club in issue two. Speaking of amazing art, every single cover by Joelle Jones and Rachelle Rosenberg has an alluring spy motif that you couldn’t help but love. The book also doesn’t ignore Morse’s scientific background, and is not afraid to show it in inner monologues, conversations, and flashbacks. 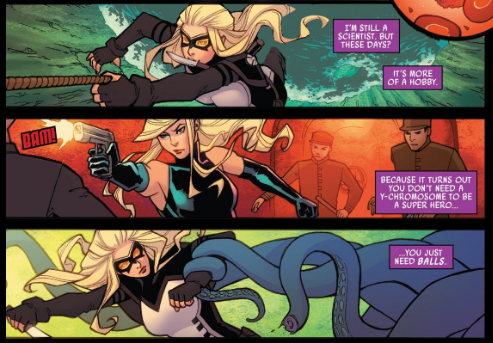 There’s also a fantastical aspect of the book that is easily explained by the fact that the whole story is told from Bobbi’s point of view. There are details here and there that we always remember differently. They can be from the type of gonorrhea pamphlet Tony Stark was reading to the horse mask/head our mysterious cruise informant wore. It’s wacky, it’s fun, and grounded into the reality we sometimes like to embellish. Sadly the story doesn’t surpass an eighth issue.

You might think: “well sure Mockingbird is good, but there are a lot of other good comic books.” Yes, but Chelsea Cain made it a point to create a sarcastic, feminist, female protagonist that doesn’t rub your face in it. Bobbi Morse’s feminist agenda is not one that treats male co-stars as competition. For most of issue three she talks about wanting to be Captain America. Mockingbird (and Cain) gives you the perspective of a world that should treat everybody as equals. Does this mean that women can do everything a man can? No! Everyone has strengths and weaknesses and Mockingbird acknowledges her flaws and aspirations; she even faces casualties in this book. What she’s trying to do in her superhero career is not upstage men, but pursue her best self.

While there are some minor flaws to the series, particularly issue five’s artistic choices, this narrative speaks loudly of how a strong female character should introspectively be portrayed. Bobbi Morse, has been one of my favorite characters since she was introduced to me in Secret Invasion. I thought no one other than Jim McCann could write her perfectly, but Chelsea Cain came in and took over with the grace and oomph we didn’t know Morse needed.

Cain relinquished her Twitter account to the haters after a nine-issue comic book writing career, something she mentioned to have never faced after selling millions of novels. Later, Cain explained why she quit:

“I left Twitter because of the ordinary daily abuse that I decided I didn’t want to live with anymore. The base level of casual crassness and sexism. …If a stranger yells at you on the street? You walk away.”

Mockingbird is a book that deserves its place in the comic book fandom with the entertainment value that sits along Warren Ellis’ Nextwave: Agents of H.A.T.E., Matt Fraction’s Hawkeye, and Ales Kot’s Secret Avengers books. It deserves your attention. Those of us capable of enjoying a feminist-led book and not becoming aggressive about it, can truly acknowledge how special this comic series is. #StandWithChelseaCain

If you haven’t read the book, you can order the trade Mockingbird Vol. 1: I Can Explain here.