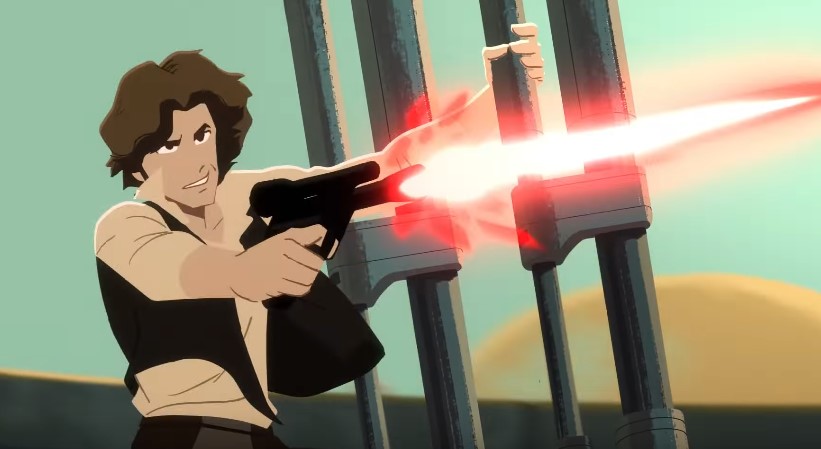 Though Star Wars: Forces of Destiny showed some mild interest from the fanbase, Lucasfilm has come with this new series of shorts that looks downright spectacular. Check out the trailer for the upcoming Star Wars: Galaxy of Adventures:

The series is said to come to Lucasfilm’s new Youtube channel Star Wars Kids, and based on how amazing it looks, it’s sure to draw a couple of thousand subscribers already. With Forces of Destiny looking relatively simple when it comes to animation, this show seems to be drawing some serious inspiration from anime and has some more fluid action behind it.

I mean, Han looks like he’s Spike Spiegel in a Star Wars costume!

We don’t know what kind of shorts to expect from the series, but I’m guessing it’s just going to give a special twist to some familiar scenes from the films. Unless we get some new dialogue, it looks like the shorts are just going to play with the original audio from the movies—just with a  few tweaks here and there.

I’ll admit, I was bummed when they said Star Wars Resistance was anime-inspired and the show ended up into what it is today, but it looks like this miniseries is going to fill the gap of those expectations. At some point, I’m starting to wonder if there was some miscommunication and the anime-inspired show was actually this one and not Resistance.

Catch Star Wars: Galaxy of Adventures when it comes to Star Wars Kids on Youtube on Nov. 30.