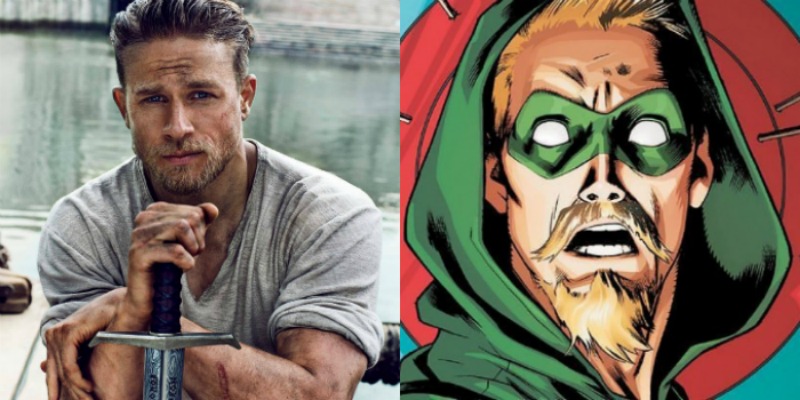 Usually fans have a bunch of different actors that they would like to see play their favourite superhero, but for a while now it feels like the internet as a whole has decided that Charlie Hunnam would be perfect to play a big-screen version of Oliver Queen AKA Green Arrow. The Pacific Rim star just has the acting chops and the exact look to bring the Emerald Archer to life. Unfortunately, it now seems certain that that dream casting is never going to happen.

In an interview with Yahoo! Movies, Hunnam was asked for his thoughts on the fans casting him as the character. His reply definitely wasn’t what we were hoping to hear.

If you don’t fancy watching the video, here’s what Hunnam said:

“I didn’t grow up a comic book fan and I haven’t really seen any of those Marvel films or the Batman films. It’s just not really my taste. I must confess I don’t even really know who the Green Arrow is. … It’s not part of my vision for my career or what I aspire to.”

Ouch. Well, you can’t say “no” more definitely than that. Save maybe getting out a Green Arrow comic book and setting it on fire.

Hunnam’s disinterest in the role is surprising, considering that he clearly has an affinity for playing swashbuckling heroes. This year alone will see him portray the king of Camelot in Guy Ritchie’s King Arthur: Legend of the Sword as well as explorer Percy Fawcett in new movie The Lost City of Z. Ah well, there are plenty more potential Green Arrows out there. How about Taron Egerton or Alexander Skarsgard?

You can see Charlie Hunnam in The Lost City of Z when it arrives in cinemas on April 14th. Meanwhile, Oliver Queen still lives on the small screen, as played by Stephen Amell, in The CW’s Arrow, currently airing Wednesdays.