Skip to content
Home » ‘Catalyst: A Rogue One Novel’ Review 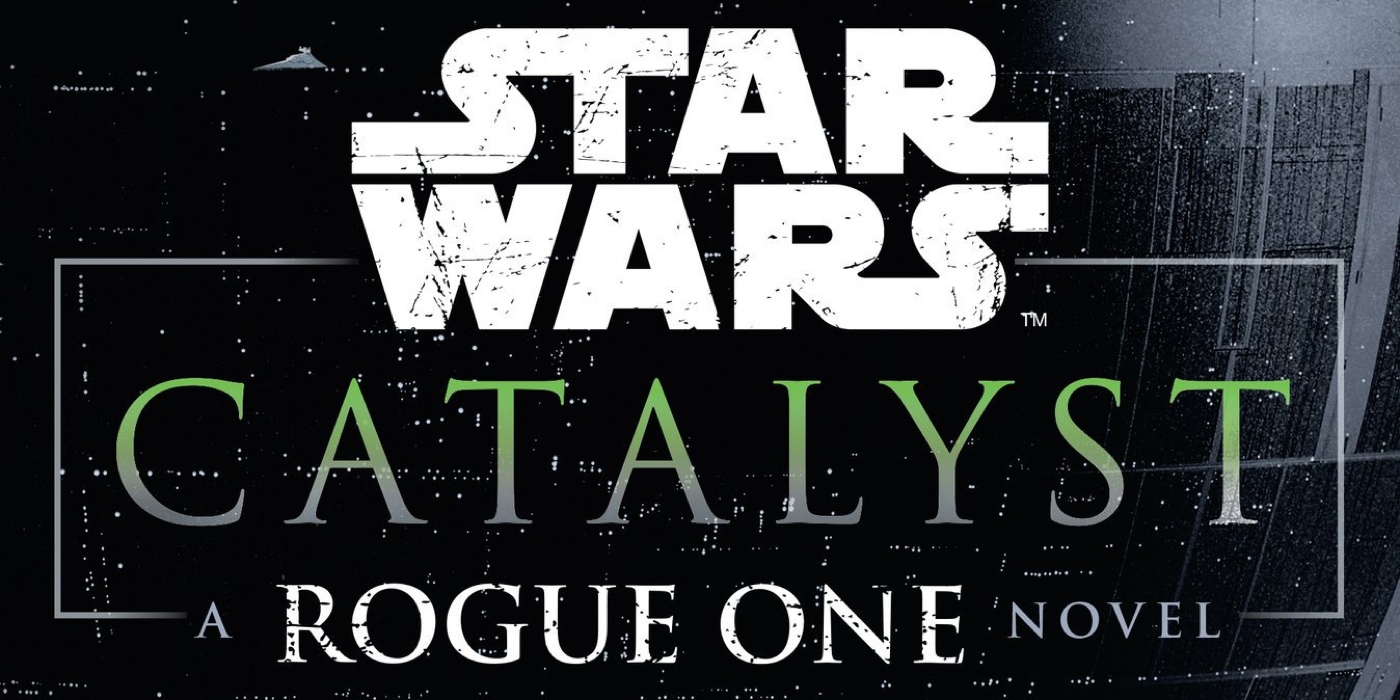 Catalyst, is everything you need and want in a Star Wars novel. From the first page onward I was absolutely enthralled with the characters and the story in general. I’ll admit with all of the negative rumors surrounding it’s movie counterpart, Rogue One, I was worried about any kind of material relating to it. I thought it would be on the level of the original Aftermath novel by Chuck Wendig. An overall okay novel, that has some pretty interesting nods to the other movies. I could not have been more wrong. I have read all of the new canon, and this is my new favorite. Catalyst, isn’t just a great Star Wars novel, it’s an incredible novel, period.

For those of you that have no idea what Catalyst is, it’s a prequel novel to a prequel movie. It’s interweaving story of three important characters to Rogue One. Galen Erso, a brilliant scientist who’s researching the potential inside kyber crystals. His wife, Lyra, also a brilliant scientist, who plays in integral role in interpreting her husbands work. And finally Orson Krennic, a Lieutenant Commander in the Republic, and head of Chancellor Palpatine’s secret “Death Star” project. Galen and Orson have a past together and went to school together. There are others at play in the novel, but this is without a doubt the core of the story.

If you know anything about Rogue One, you know that Galen and Lyra are the parents of that film’s protagonist Jyn. With Krennic being the main villain of it as well. I won’t spoil it for you guys, but the book begins at the height of the Clone Wars. Galen and a pregnant Lyra are on the planet Vallt researching kyber crystals. Galen see’s the energy potential behind the crystals and wants to give free energy to the entire galaxy. His research is cut short when the government of Vallt is overthrown by leaders sympathetic to the Separatists. The family is taken hostage, and Jyn is born in a Separatist prison. The Separatists want to use Galen’s research and weaponize it for their battle station and end the war. Wishing to remain neutral Galen refuses and his family are stuck there until help can come.

That help comes in the form of Orson Krennic, who is very interested in Erso’s research. Krennic believes Galen is the missing piece for the Republic’s (Eventually the Empire’s) superweapon, the Death Star. Using his vast amount of resources, Krennic saves the Ersos, and Galen feels indebted to him. I’ll leave it at that for now, but that’s all you need to know going in.

Catalyst is everything we all hope Rogue One is. It is a fantastic mix of the prequel and original trilogies. Using characters from both eras, and expanding on those we know little about. Remember the blue horned guy who was always by Palpatine in the prequels? In the films his only job appeared to be calling the senate to order and seemed to not do much of anything. In Catalyst he plays a much bigger role in the Republic/Empire then we ever could have known. He’s essentially a liaison between Palpatine and every part of the bureaucracy of the Republic. He plays an important role in Krennic’s story and shows you can do prequel era characters very well.

Speaking of Krennic, I really like his character and arc a lot. From all of the trailers we’ve seen so far, he appears to be a stereotypical Imperial commander. Akin to someone like Tarkin or all of the others we’ve seen in the past. That’s not even remotely accurate. He has a much more blue collar background and wants more than anything to climb the ranks into Palpatine’s good graces. He had to fight and work for everything he has in the book and there’s something admirable to his character. Every major general is a member of the “elite” upper crust of the Empire and born with a silver spoon in their mouths. It’s a much more interesting character than someone like Tarkin, who is firmly in that upper echelon.

All that being said he’s still an awful person. A masterful manipulator, who at one point takes the Grand Moff himself and tricks him. He has his fingers in all of the character’s pots and convinces Galen he is helping him, when in fact it’s the opposite.

Galen and Lyra on the other hand make an interesting couple and together really round each other out. Lyra is very much on the side of The Force. While she may not be able to use it herself, she is sensitive to what it is. She has a reverence for the Jedi and accepts that not everything can be explained. Galen is very much a mad scientist, completely enthralled and consumed by his work. He wants to unlock the powers of kyber crystals for the entire galaxy and use it for good. He is obsessed with his work and Krennic takes advantage of that at every turn.

The most important aspect of the novel, and the most interesting is the dynamic between the Erso’s and Krennic. Galen sees him as a friend and someone he can trust, who has their best interests at heart. He trusts him almost unconditionally and is blinded by his research. Lyra is much more skeptical of Orson’s motivations and what he wants from Krennic. Not trusting him almost from the get go and seeing what he was really doing the entire time. Krennic plays both of them and really every character in this book. It’s clear that this dynamic will play an important role in Rogue One, and it’s another reason to be excited.

James Luceno, did a masterful job of writing this book. He truly has a pulse on the universe and understands fundamentally who these characters are. This is far from his first foray into the Star Wars universe and has given us a perfect novel.

The books of the Star Wars canon are often nice stories that give background to some major a little known characters. For fans, it’s nice to read them, but often if you haven’t read them you can still understand the movies. I can say with confidence that if you’re seeing Rogue One, you need to read Catalyst. Can you still enjoy it without it? Of course, but you won’t get that same experience out of it if you do. Catalyst is an absolutely essential read for any fan of the Star Wars canon and for Star Wars fans in general. If you’re new to the canon, this is the book you should start with and will get you hooked as much as I am.

*Big thank you to Allyson and the people of Del Rey for sending me this book! Could not be more appreciative for them!

Catalyst: A Rogue One Novel

Catalyst is an absolutely essential read if you have any intention of seeing Rogue One. It combines everything that was great about both prequel and original trilogies and expands on characters who got very little attention in those trilogies. It is an enthralling story that fans, hardcore and casual, will love and will get anyone excited for Rogue One.