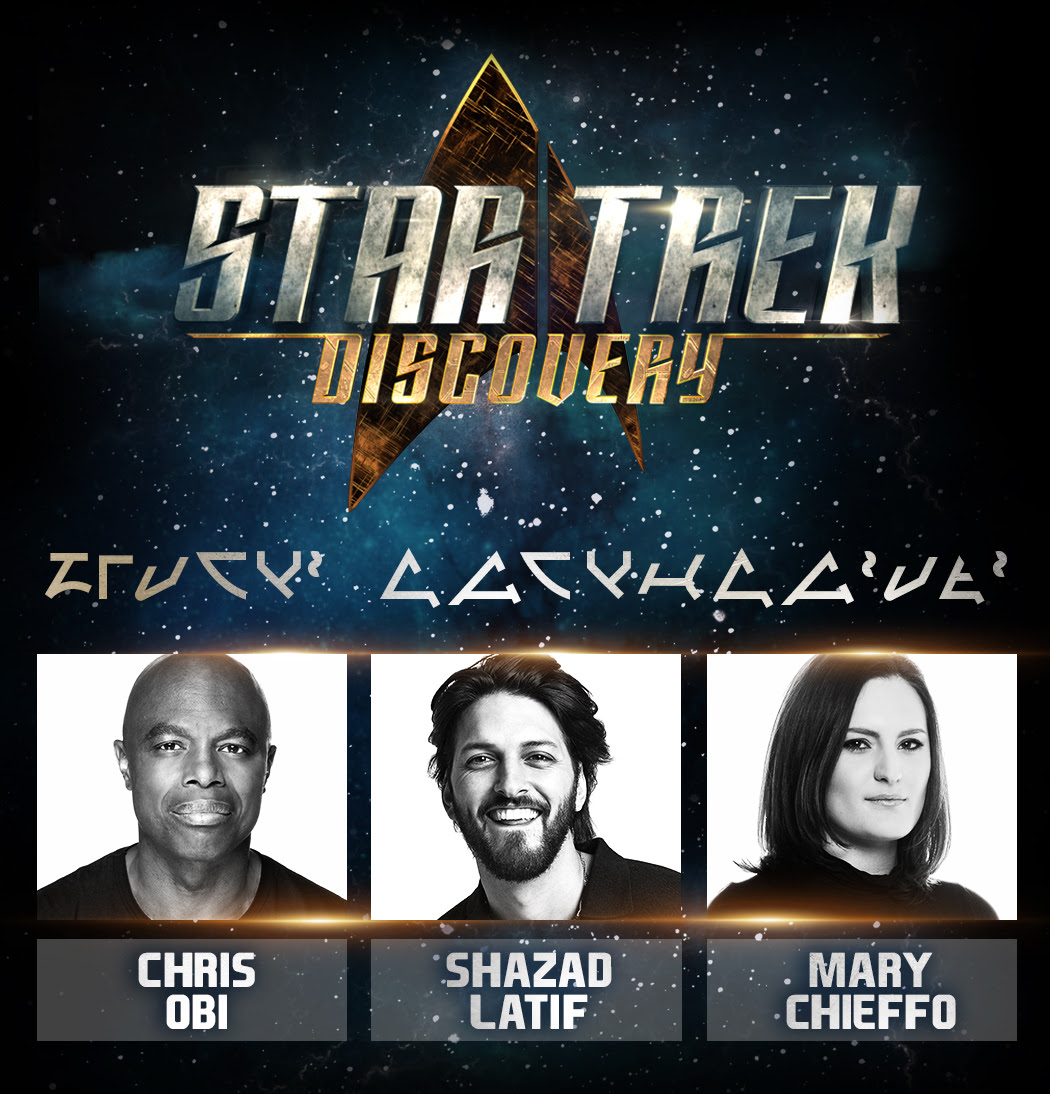 In another tantalizing announcement today, Bell Media released the news that three new actors would be joining the cast of Star Trek: Discovery.

Chris Obi will take on the role of “T’Kuvma”, a Klingon leader seeking to reunite the different Klingon houses. Shazad Latif will play the commanding officer of an undefined Klingon force by the name of “Kol”, and is also the protégé of T’Kuvma. The part of “L’Rell” will be played by Mary Chieffo who is a Battle Deck Commander of an unannounced Klingon vessel.

Obi will feature in the long-awaited American Gods, coincidentally spearheaded by Bryan Fuller. Latif is late of the BBC production Spooks and Penny Dreadful, while Mary Chieffo, a Julliard-trained actress, has been featured in The Perfect Fit. These latest actors join the ranks of previously announced actors, Michelle Yeoh, Doug Jones and Anthony Rapp.

It is unknown how these characters will fit into the new series. The Executive Production team has not announced their purpose or even the name of the new Klingon ship. Given the show is set some time before the era of the Original Series, the inference seems to be that these characters will play in antagonistic roles, yet this is within the realm of speculation.

Star Trek: Discovery is the latest incarnation of this iconic television series. Spanning 50 years, Star Trek is one of the most iconic and recognizable worldwide television properties.

A new ship, a new crew and new adventures will see the same sort of philosophy and hope for the future that inspired a generation of dreamers and fans. This new series will premiere May 2017.