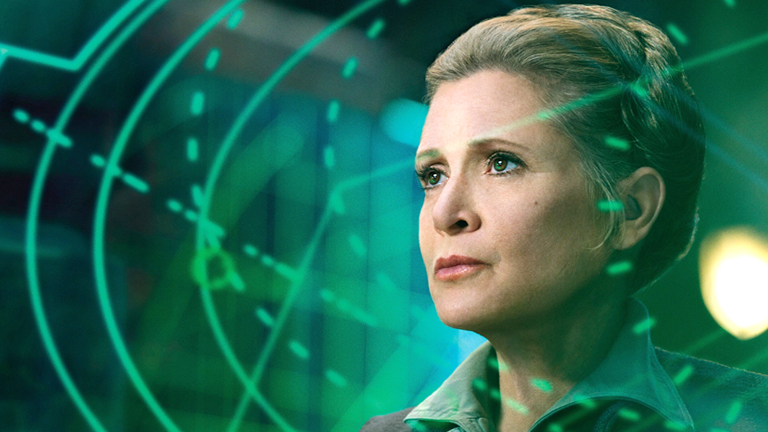 Star Wars icon Carrie Fisher died at age 60. Actress and writer went into cardiac arrest while on a flight from London to Los Angeles on Friday, Dec. 23rd. Fisher’s family confirmed to People that a couple of days later, on Tuesday morning, Carrie Fisher passed away.

Her debut in 1975’s Shampoo, later resulted in her most beloved role as Princess Leia in 1977. Aside of her Star Wars role, for which she was identified for the rest of her acting career, she also had supporting roles in other movies like When Harry Met Sally (1989), The ‘Burbs (1989) and Soapdish (1991). Fisher did find her calling in a second career mostly working off the limelight. She worked on movies as a script doctor and helped pen the likes of Hook (1991), Sister Act (1992) and The Wedding Singer (1998).

Her writing abilities didn’t shine in just the behind the scenes production of movies, Carrie Fisher also wrote her first novel in 1987, titled Postcards from the Edge. A book that three years later inspired a movie that starred Meryl Streep in. In early 2016 she released a memoir titled The Princess Diarist, a book that revealed she and Star Wars co-star Harrison Ford had an affair almost 40 years ago.

“She was loved by the world and she will be missed profoundly. Our entire family thanks you for your thoughts and prayers.”

I thought I had got what I wanted under the tree. I didn't. In spite of so many thoughts and prayers from so many. I am very, very sad.

I'm deeply saddened at the news of Carrie's passing. She was a dear friend, whom I greatly respected and admired. The force is dark today!

“Carrie Fisher was one-of-a-kind, a true character who shared her talent and her truth with us all with her trademark wit and irreverence. Millions fell in love with her as the indomitable Princess Leia; she will always have a special place in the hearts of Star Wars fans as well as all of us who were lucky enough to know her personally. She will be sorely missed, and we join millions of fans and friends around the world who mourn her loss today.”

Our thoughts go out to Fisher’s family and friends during their time of grieving. We will never forget that princess from a galaxy far, far away.