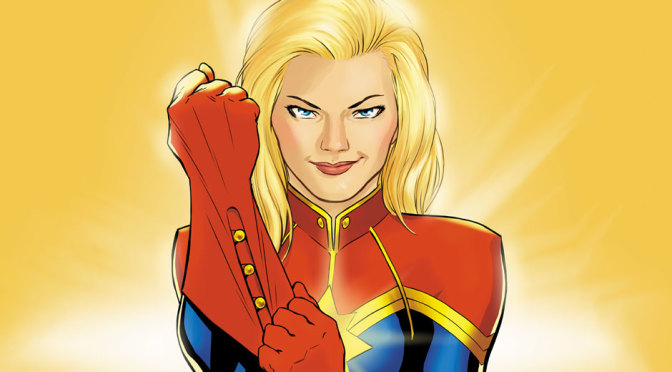 Last month we got official confirmation that Brie Larson is bringing Carol Danvers to life in 2019’s Captain Marvel. With their star in place, Marvel are now turning their attentions to securing a director for the movie. To helm the first film in the MCU to focus on a female superhero, the studio is suitably looking for the franchise’s first woman director.

According to The Hollywood Reporter, the shortlist has been whittled down to just three candidates – namely Niki Caro, Lesli Linka Glatter and Lorene Scafaria. THR goes on to explain that their sources tell them that “a decision won’t be made anytime soon as Marvel is being very deliberate in its search.”

Clearly Marvel are keeping their options open in what direction to take the movie in, as all three directors have very different backgrounds and bodies of work.

New Zealander Caro is perhaps the most critically-acclaimed filmmaker on this shortlist, with lots of awards from various film festivals under her belt. Her most celebrated work is the 2007 movie Whale Rider, which was Oscar-nominated (the film’s 13-year-old star was up for Best Actress).

Glatter has not helmed many feature films before but she is a heavyweight in the TV industry, with a career going back to the 1980s. As well as being the head director of smash-hit spy drama Homeland, Caro has worked on many, many other shows over the years including Twin Peaks, Law & Order, The West Wing and Heroes.

Scafaria is a writer/director, most known for comedy films Nick and Nora’s Infinite Playlist and Seeking a Friend for the End of the World (her directorial debut). If a comedy director seems an odd candidate for a Marvel movie, it should be remembered that the Russo brothers were most known for their work on sitcoms like Arrested Development and Community before they hit it big with the Captain America films.

Captain Marvel already has a script written by Guardians of the Galaxy‘s Nicole Perlman and Inside Out‘s Meg LeFauve. It is currently pencilled in to arrive on March 8th 2019.