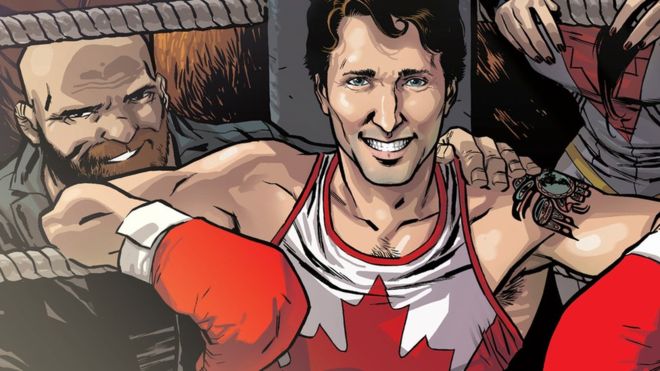 The Canadian Prime Minister Justin Trudeau is set to feature in an upcoming issue of Marvel’s Civil War II: Choosing Sides. The issue will be released on August 31st and a variant cover features Trudeau in the boxing ring, sporting a maple leaf tank top and red boxing gloves. On this alternate cover, he is also surrounded by members of Canadian superhero team Alpha Flight.

In Civil War II: Choosing Sides #5, Justin Trudeau is approached by Alpha Flight, who are working for Captain Marvel’s worldwide defence programme. The team seek out their previous boss, Mr Trudeau, for political advice on the current conflict between Captain Marvel and Iron Man. According to The Hollywood Reporter, the issue also reveals a “mysterious connection” between the Prime Minister and Tony Stark. 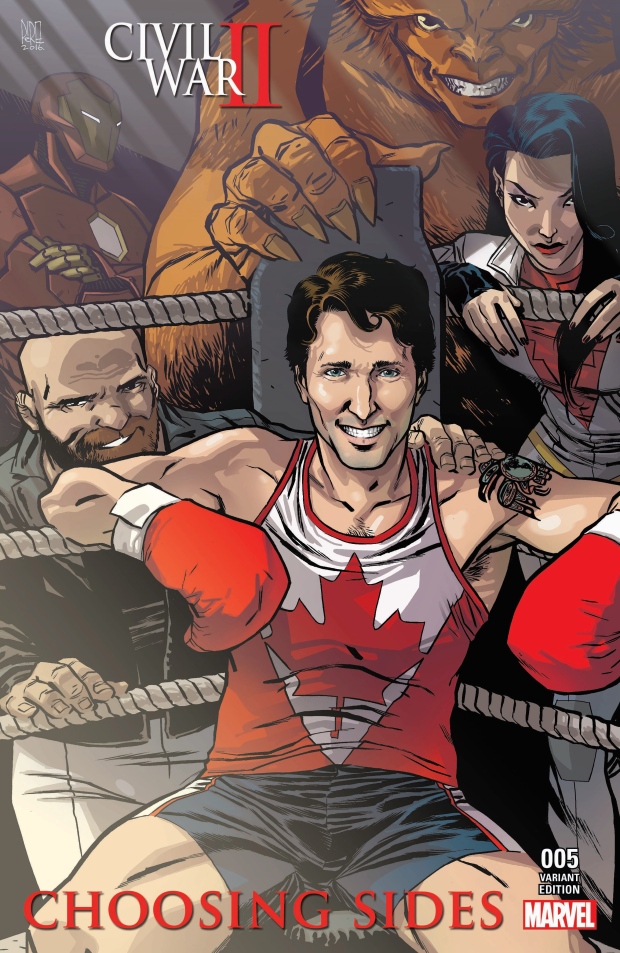 Whilst the Prime Minister’s Office told the Canadian writer of the comic, Chip Zdarsky, that they could not endorse the comic book, they had no problem with Mr Trudeau appearing in it.

Zdarsky told The Canadian Press: “It’s a little tricky just because once you start to put words in the prime minister’s mouth, we acknowledge that this is basically Trudeau fan fiction.”

“I had to kind of think about where he would stand on something like that and how he would handle it. Hopefully, I did a good job. Maybe I’ll get a call from him saying: ‘How could you have me saying that to… Iron Man?”‘

On Mr Trudeau’s appearance on the variant front cover, Toronto-based cartoonist, Ramon Perez said: “I didn’t want to do a stuffy cover — just like a suit and tie — put his likeness on the cover and call it a day.”

He continued: “I wanted to kind of evoke a little bit of what’s different about him than other people in power right now. You don’t see [U.S. President Barack] Obama strutting around in boxing gear, doing push-ups in commercials or whatnot. Just throwing him in his gear and making him almost like an everyday person was kind of fun.”

Whilst this is Justin Trudeau’s Marvel debut, this isn’t the first time a Canadian Prime Minister has been featured in a Marvel Comic. Mr Trudeau is actually following in the footsteps of his father and former Prime Minister, Pierre Elliot Trudeau, who appeared in the April 1979 issue of Marvel’s Uncanny X-Men.