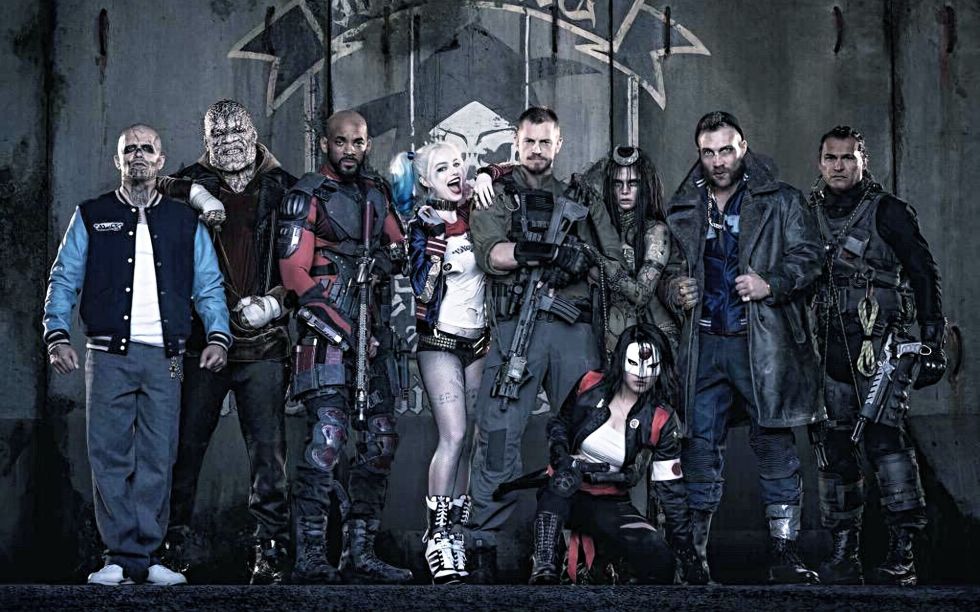 Trends International is releasing a 16-month Suicide Squad calendar for the 2016-2017 year. Amazon has the item available for pre-order and with it comes new images of the Task Force and a few of its members — namely Joker, Harley Quinn, and Killer Croc. Smaller shots of the team can also be seen, which show shots of Captain Boomerang, El Diablo, Katana, Enchantress, and Rick Flag. The photos can be viewed below.

Here is the product’s official description:

Stay in prison, or go on dangerous black ops missions in exchange for clemency? Well take danger, please. Supervillains working as a government task forcewhat could possibly go wrong? Find out when the movie hits theaters on August 5, 2016! Sixteen-month Wall Calendars feature 13 spreads to highlight each month in 2017, as well as the last four months of 2016. Each Wall Calendar is printed in 4-color on FSC-certified paper.

The images are pretty cool and offer yet another tease at what we can expect to see once the film releases later this summer. According to a few fans that were given the opportunity to watch a test screening of the movie, Suicide Squad will be both surprising and good. Their reactions recently went live online, and fans have been buzzing with excitement and a bit more optimism about its impending launch. With news concerning Warner Bros. working to iron out the film’s third act, it’s good to know that as it stands now, the film offers a solid experience.

This new calendar will add to said experience. It’s available for pre-order now on Amazon and will officially release on July 1 for $14.99. Suicide Squad arrives in theaters on August 5.

It feels good to be bad… Assemble a team of the world’s most dangerous, incarcerated Super Villains, provide them with the most powerful arsenal at the government’s disposal, and send them off on a mission to defeat an enigmatic, insuperable entity. U.S. intelligence officer Amanda Waller has determined only a secretly convened group of disparate, despicable individuals with next to nothing to lose will do. However, once they realize they weren’t picked to succeed but chosen for their patent culpability when they inevitably fail, will the Suicide Squad resolve to die trying, or decide it’s every man for himself?