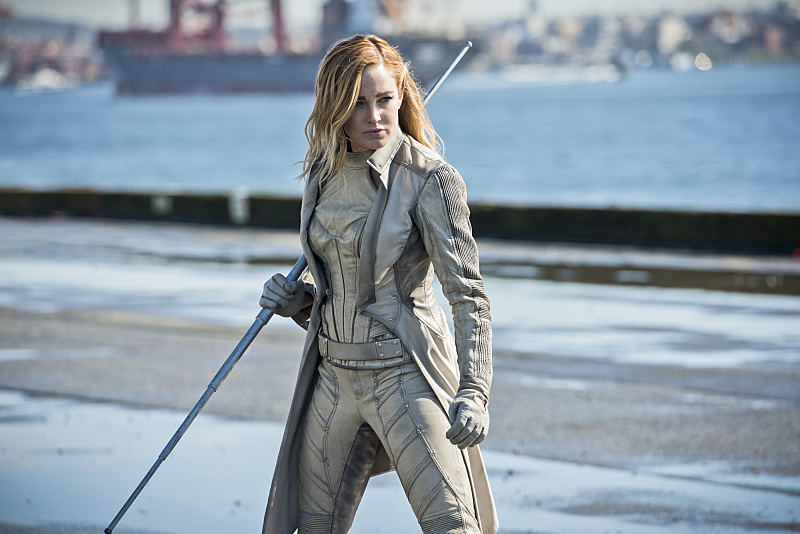 The Flash’s Grant Gustin, Supergirl’s David Harewood, and Arrow’s Stephen Amell have already unveiled premiere titles for their respective shows. Now it’s time for Legends to join in on the fun. Shooting for the show’s second season beings soon, and Caity Lotz took to Twitter to announce the title of 2.01.

Out of Time could literally mean anything for a show about time-traveling. The Season 1 finale concluded with the introduction of Hourman and the Justice Society. The hero warned Rip Hunter and crew of an impending threat that remains a mystery. There have been hints and teases over the last several weeks about who the Legends will face, but nothing concrete to grasp on to. We know the team’s mission will change this season, so perhaps that’s what the title intimates.

Hourman’s warning came with his advising the team to not board the Waverider. Since he arrived on his own Time Ship, there’s a presumption he may invite them to travel with him. Which would in turn lead to our favorite band of misfits likely finding themselves out of time, out of place, and into their usual trouble-making shenanigans.

Legends of Tomorrow will return this fall on The CW starting October 13 at 8pm EST.