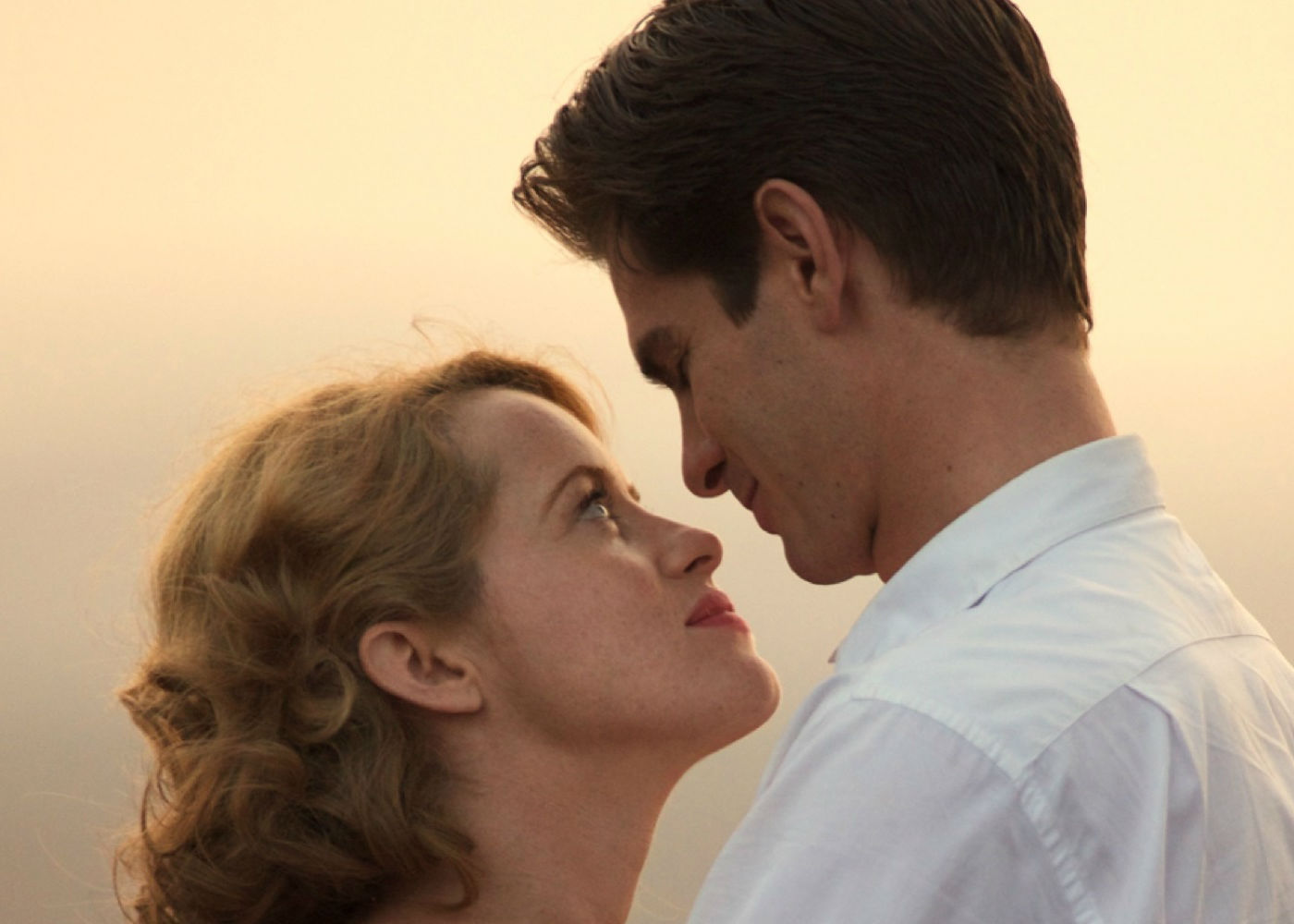 You don’t need to take your own deep breath to smell the cynicism of awards season fare starting to flood the cinema screens, and Andy Serkis’s directorial debut ticks all the boxes with its true story of producer, Jonathan Cavendish’s family. However, Breathe subverts the usual tropes associated with an illness biopic, opting instead for a refreshing optimism with which to imbue the outstanding performances from Andrew Garfield and Claire Foy, to turn this into an utterly charming slice of a remarkable life.

In the twee, tally-ho, toodle-pip world of affluent 60’s English high society, Robin Cavendish (Andrew Garfield) falls for the sought after beauty of Diana (Claire Foy). They embark on a whirlwind romance of topdown drives, excursions abroad, and an early pregnancy. After one trip to Kenya, Robin appears to come down with something, and before his child is born his world is irreparably changed by Polio. Hooked up to a ventilator and given mere months to live, he is eager for it all to end quickly, but what he doesn’t count upon is Diana’s fight for his own survival, and theirs. Breathe charts their extraordinary attempts for an ordinary life.

Breathe‘s triumph, much like the people upon which the story is based, is in not wallowing in the suffering of the situation so that the film drowns in saccharine. Instead it rides a wave of joyous optimism, full of smiles and laughs, which make the misty eyed moments that much more painful when they puncture the happiness. It never descends into the mawkish trappings you’d often associate with a Kleenex accompanied true story of this nature. Sure, you’ll probably cry, but they’ll be a smile on your face as you do it.

Being a time-spanning movie, Breathe initially threatens to suffer from a pacing that doesn’t let the film do just that, breathe. Robin and Diana’s period of courtship is condensed into about ten minutes of screentime, which you worry might be to the detriment of caring about their relationship as the film unfolds, but largely due to the nuanced chemistry between Garfield and Foy, you’re fully invested.

Serkis doesn’t really do much in terms of employing a style, although the opening garish yellow font and sprawling English countryside draw comparisons with those rainy day Sunday afternoon romances that envelop you like a comfort blanket. He really just lets his actors get on with it, and why wouldn’t you when they’re this good?

Garfield is infinitely better than his Academy Award nominated role in Hacksaw Ridge. There’s some wonderful gallows humour, but so much of his performance is in the eyes, and the smallest movements of his mouth. He’s able to convey the inner turmoil of Robin’s struggle by averting a gaze, while externalising the joy he finds as he overcomes the odds through a huge smile. It’s his best since Lion for Lambs.

The real strength, of both the film and the relationship, is Claire Foy, who you’d ordinarily expect to take a backseat to the Garfield’s affectations, but she’s the heart and soul of Breathe. It’s a magnetic turn that holds the gaze of her on-screen husband and the watching audience. In a world in which the word “no” is not there to be challenged by her gender, she is fist thumpingly good as a woman who won’t allow a society, let alone a disease tell her what to do.

Telling a human story, as well as an educational one on the historical advocating of disabled people in society, Breathe is much more than your average biopic, with two awards worthy performances for Andrew Garfield, and in particular Claire Foy.