The final trailer for Star Wars: The Rise of Skywalker had just been released last Monday, and everyone is already poring over every single frame, looking for clues and hints at what to come. While several articles have been written about certain Easter eggs and references, Mr. Sundau Movies on Youtube has released this extensive compilation in one video.

From the first viewing, you can already imagine a lot of things to unpack, especially when it comes to callbacks. There’s already what looks to be a physically reincarnated Palpatine moving toward Rey, and the remains of the throne room from the second Death Star, but did you know you can also spot a Prequel trilogy battle droid behind C-3PO.

Why, hello there little B1 Battle Droid!!! #StarWars #TheRiseOfSkywalker pic.twitter.com/oBGQsvYlex

The look of Palpatine’s throne also seems to come from a sketch from legendary Star Wars concept artist Ralph McQuarrie:

The scene where the Falcon also joins the fleet of Resistance ships is rife with Easter Eggs, and we can see ships from Rogue One all the way to the Ghost from Star Wars Rebels. We don’t know if it’s Hera piloting that ship, but it would be great to see a grown Jason Syndulla at the helm. They don’t even have to show him, I think fans will be pleased enough with a name drop.

There’s also this interesting scene where Rey and Kylo look to be breaking something together, and it could be some kind of stand where Kylo keeps the burnt Vader helmet. If anything, it’s too short to be a person, and you can see what looks to be the form of Vader’s mask when the thing breaks apart. What’s more, Rey is holding a dagger which some expect is the dagger of Mortis from The Clone Wars. 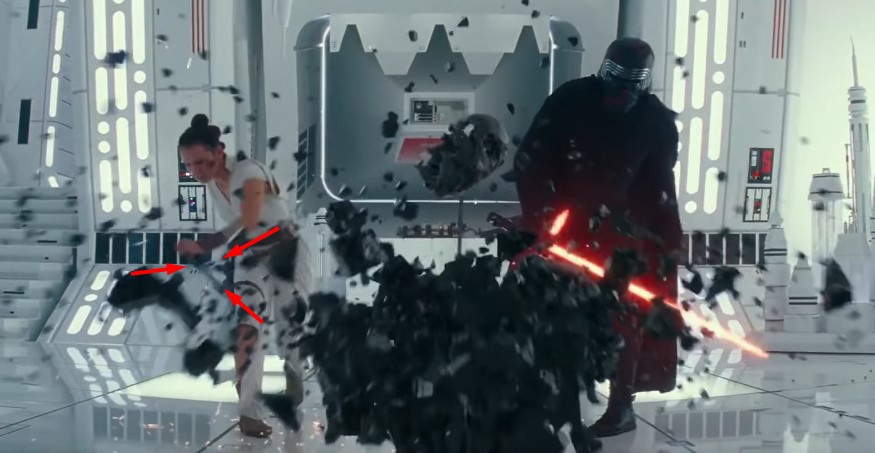 Of course, a lot of this is just speculation. With no more major trailers said to come out, I’m sure some fans will start to avoid promos in fear of incoming spoilers.

For now, fans wait eagerly for the release of Star Wars: The Rise of Skwalker on Dec. 20.