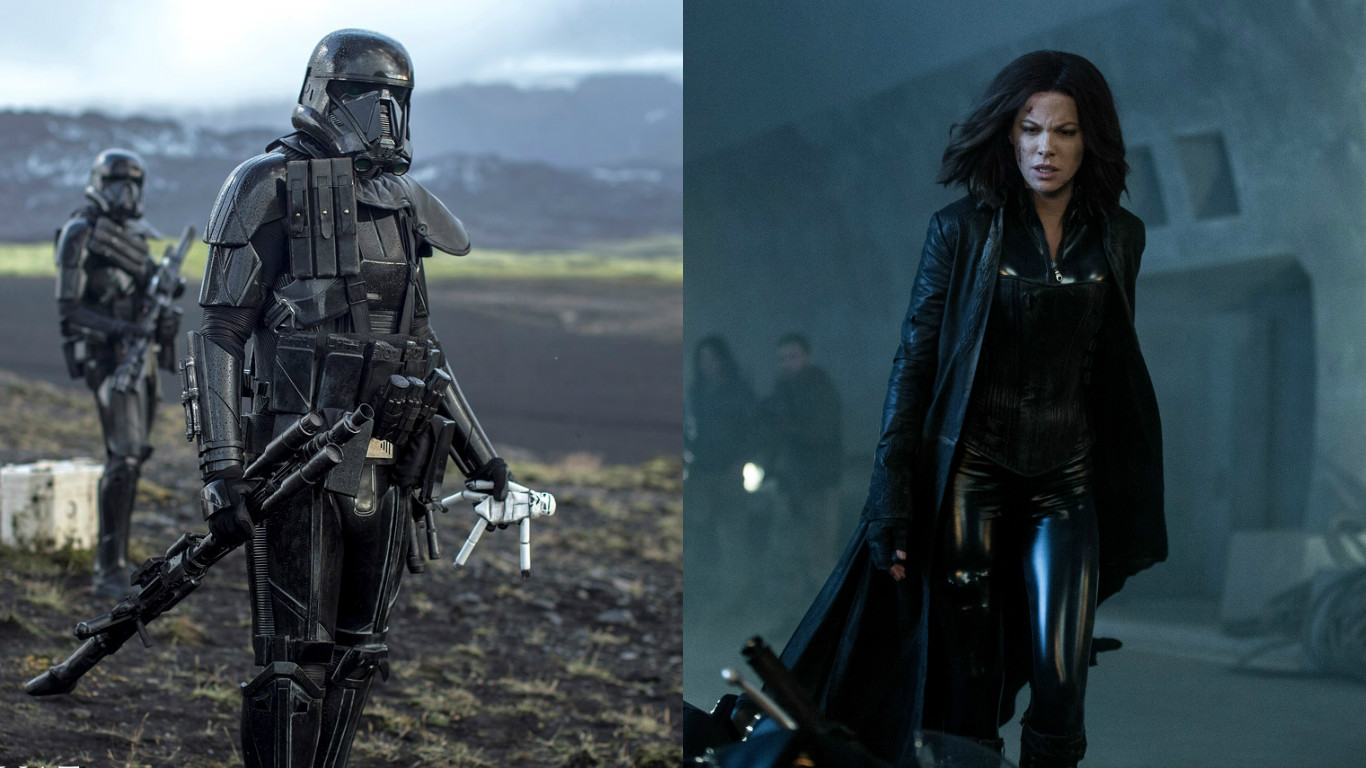 The first new theatrical release of 2017 arrives in theaters this weekend with the action-horror sequel Underworld: Blood Wars, but it will be Rogue One: A Star Wars Story that once again prevails, capturing a fourth straight weekend in the number one spot (something even The Force Awakens couldn’t do!).  Two other contenders, Hidden Figures and A Monster Calls, will expand nationwide with a helping of Oscar talk underneath their respective wings.

ScreenGems‘ Underworld: Blood Wars is the fifth film in the franchise that began back in 2003 and peaked internationally four years ago with Underworld: Awakening.  Like the Resident Evil franchise, which this series could really cross paths with, the films are synonymous with their stars.  Kate Beckinsale returns to the well once again (having skipped out on the third prequel film), and fans are likely to show up.  Reviews are atrocious, which isn’t out of the norm for these sequels, so it won’t matter much.  However, there is a sense that this series has less demand than it once did, especially with Star Wars still driving in audiences.  Expect a mediocre $16 million weekend for Underworld: Blood Wars.  The film has already grossed $42m overseas.

Hidden Figures, from 20th Century Fox, has been doing great business in limited release ($2.7 million in ten days) with huge per-theater averages that could translate to a major box office play this weekend.  In fact, it could turn out to be quite the dark horse this weekend if audiences really flock to it.  The film tells the true story of three African-American women that were vital to the early success of NASA’s lunar missions.  Oscar winners Octavia Spencer, Kevin Costner, and fellow nominee Taraji P. Henson star in the film along with Jim Parsons and Kirsten Dunst.  Reviews are fantastic so the potential to break out ala The Help is possible.  For now I am keeping my expectations in check with a $14 million prediction.

Also expanding, A Monster Calls is also set to debut with stellar reviews and awards talk driving it.  The story, however, involving a boy calling upon a towering tree to help cope with tragedy, may prove too bleak for mainstream audiences.  Despite a great cast that includes Felicity Jones (Rogue One), Sigourney Weaver, and Liam Neeson, the film has been seeing mediocre per-theaters averages in its limited release.   Expect an wide opening weekend of less than $5 million for the Focus Features film.

With little competition to challenge it, Rogue One should remain in first place for the fourth straight weekend.  The rebels will likely nab another $30 million for a total of around $485m domestically.  Meanwhile, Sing has also become a massive blockbuster and will capture $28m for second place finish once again and a $222m total.