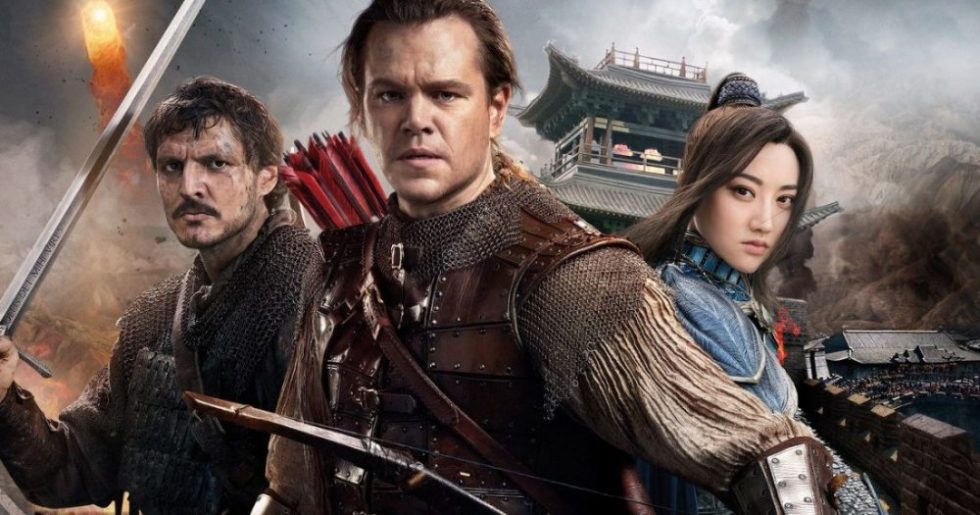 In first place, The Lego Batman Movie held very well dipping 35% over the three-day weekend for a $34.2 million take.  The hold is slightly off from The Lego Movie‘s mere 29% drop three years ago, but remains very solid.  Before Monday’s estimates arrive, Lego Batman will have $98m in total thus far and $170.7m worldwide.

Matt Damon’s international production The Great Wall from Legendary Pictures performed okay against expectations with a third place opening.  The Zhang Yimou-directed fantasy film earned $18m in its first three days, and is also expected to clear $21m after the extended weekend.  This would otherwise be terrible news for a $150m production of this nature, but considering the shoddy-effects marketing for this thing, I think everyone is surprised it made much of a dent here in the U.S.  The film earned a middle-of-the-road ‘B’ Cinemascore from audiences, which doesn’t really bode well for its performance in the weeks ahead.  But coupled with its enormous splash in China, the film has $262m worldwide so far.

John Wick Chapter 2 dropped to fourth place for $16.5 million this weekend with a drop of 45%.  This is a decent hold for an R-rated action-sequel.  The film has $58.6m domestically (it has already flown past the total gross of the original’s $43m) and $90m worldwide.

The comedy-failure Fist Fight starring Charlie Day and Ice Cube couldn’t lure audiences after school, managing to punch its way to a measly $12 million.  This one is a bit of a head-scratcher as the marketing was definitely there for this one — but chalk it up to the two stars not being quite as strong of a pairing.  Sure, Cube has starred in his share of winners — most notably the Ride Along films.  However, the real star of those movies is Kevin Hart.  Charlie Day is clearly not as much of a draw.  Fist Fight earned poor reviews and another somewhat disappointing ‘B’ Cinemascore from audiences.  A final gross of around $30m will likely result.

Finally, A Cure for Wellness also opened and could not find much of an audience.  The horror film starring Dane DeHaan (Chronicle) was directed by Gore Verbinski (The Ring, Pirates of the Caribbean), but critics and audiences didn’t take to it.  The thriller earned $4.2 million this weekend in over 2,700 theaters for a 10th place finish.  This is a huge blow to Fox, as the production tag reads a sizable $40m.  Expect a sub-$15m final gross.