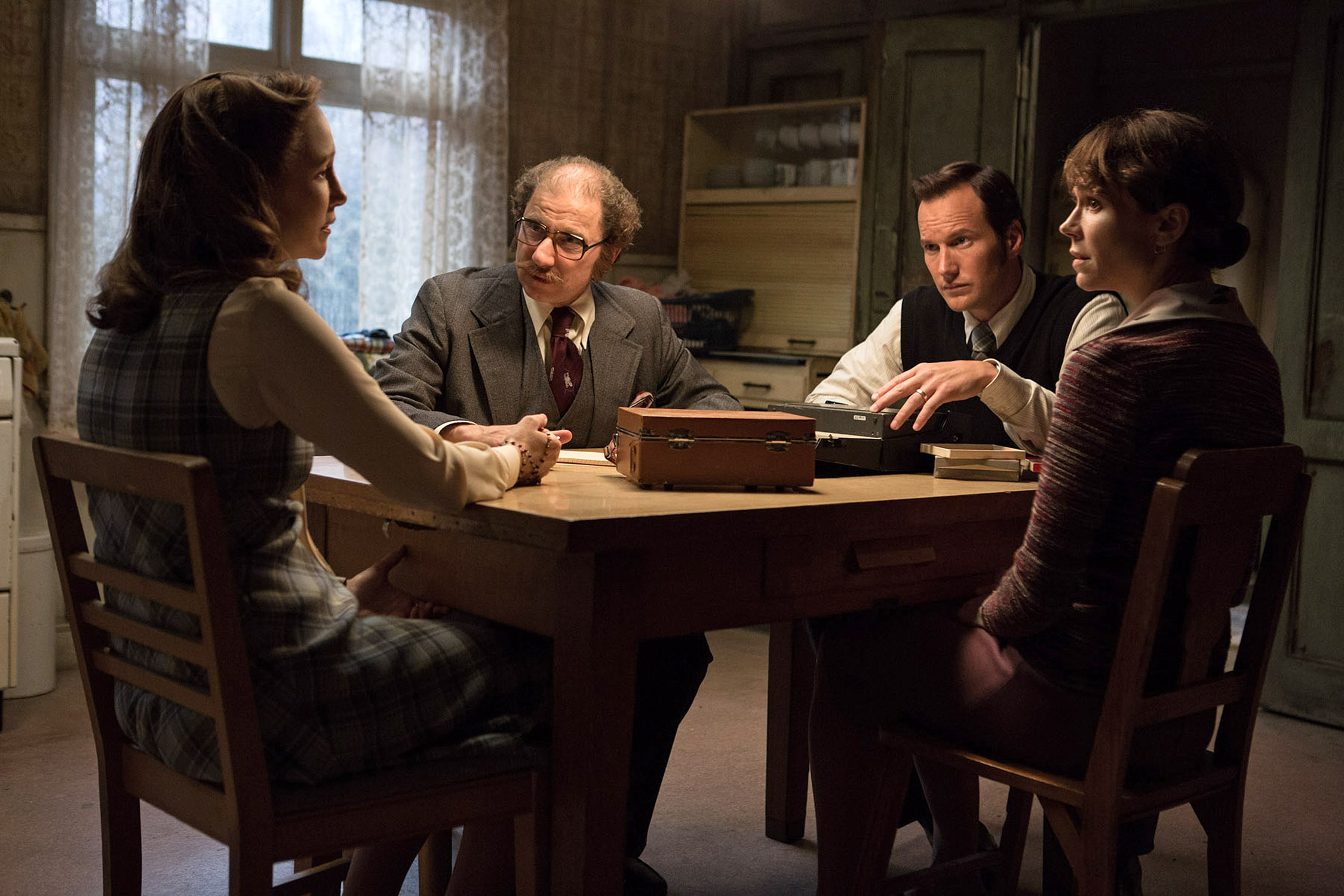 Just when we thought sequels were eating the dust this year, Director James Wan delivers another blockbuster opening with The Conjuring 2, a follow-up to the smash hit from three years ago.  While box office tracking estimated the film would open marginally lower than its predecessor, the fright-sequel managed to nearly equal The Conjuring, earning a healthy $40.6 million this weekend.  The first film earned $41.8 million. That’s a minor three-percent decline, especially in an age when sequels typically open bigger but far more front-loaded.  With an “A-” Cinemascore and positive reviews from critics just like the previous film, expect Conjuring 2 to do at least $100 million this summer which is a big win for Warner Bros.  The film has already grossed $91 million worldwide.

In second place, Warcraft was expected to flop domestically – and it did.  Earning $24 million, the total is a pretty mild result for the expensive video game adaptation from Universal Pictures and Legendary, among a heap of other financiers.  Poor reviews likely attributed, but the marketing also made the picture look like a fans-only affair.  Audiences that did see the film awarded it a ‘B+’ Cinemascore.  The lukewarm opening weekend isn’t the end of the road for this franchise, however, as the film is pulling in record numbers in China.  It’s already grossed $156 million there and has plenty more coin to devour in that territory.  Worldwide the film sits at an impressive $304 million.

Now You See Me 2 earned $22.38 million this weekend, failing to build upon the $29 million of the first film.  The film added Daniel Radcliffe to a cast that already included Jesse Eisenberg, Michael Caine, Morgan Freeman, Woody Harrelson and Mark Ruffalo, but negative reviews hurt the magician film.  However, audiences liked what they saw and gave the film an ‘A-‘ Cinemascore which could allow the sequel to hang around this summer.  Either way, the film will likely not reach the $117m/$351m worldwide total of its predecessor.  The sequel currently sits at $46 million worldwide off a reported production budget of $90 million.

Teenage Mutant Ninja Turtles: Out of the Shadows took a 59% plunge this weekend for a $14.3 million gross and fourth place finish.  After ten days the sequel has earned $60.6 million, a far cry from the $117 million the 2014 film was at the same point.  A $90 million final take is likely, about $100 million less than its predecessor.  The film currently sits at $116 million worldwide off a $135 million budget.

In fifth place, X-Men: Apocalypse suffered another hefty decline of 56%.  The superhero sequel earned $9.9 million this weekend for a $136 million cumulative.  It is no longer the lowest-grossing X-Men film, having bested the $132 million of The Wolverine (2012).  But it may not beat the $155 million total of X-Men: First Class, nor the the $157 million total of the original X-Men film from 16 years ago.  Apocalypse has a healthy $476 million total worldwide.

Me Before You didn’t hold as well as expected, dropping down to sixth place for a $9 million weekend and decline of 51%.  However, the romantic weeper has earned a solid $36.6 million cumulative and $55.4 million worldwide total against a $20 million budget.

Other holdovers rounded out the top ten which you can find below.  Next weekend sees the release of two major contenders – Finding Dory is fishing for the largest opening weekend gross in Pixar history, while Dwayne Johnson and Kevin Hart are looking for one of the biggest opening weekends in their respective careers with the action-comedy Central Intelligence. 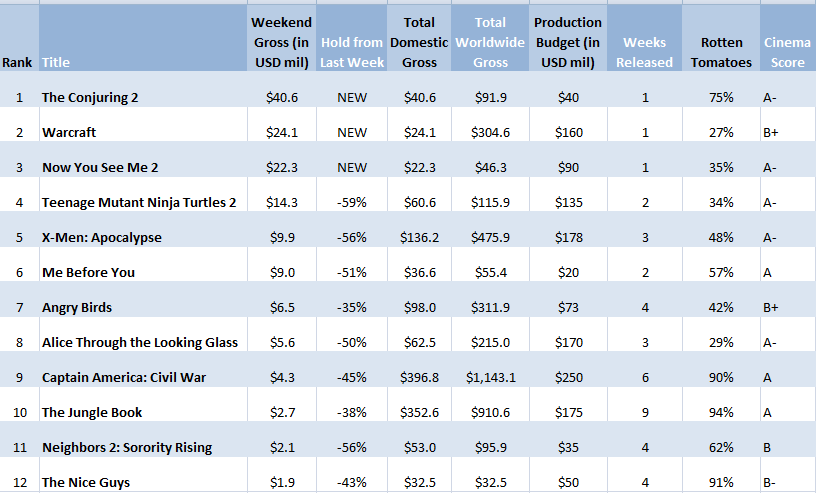