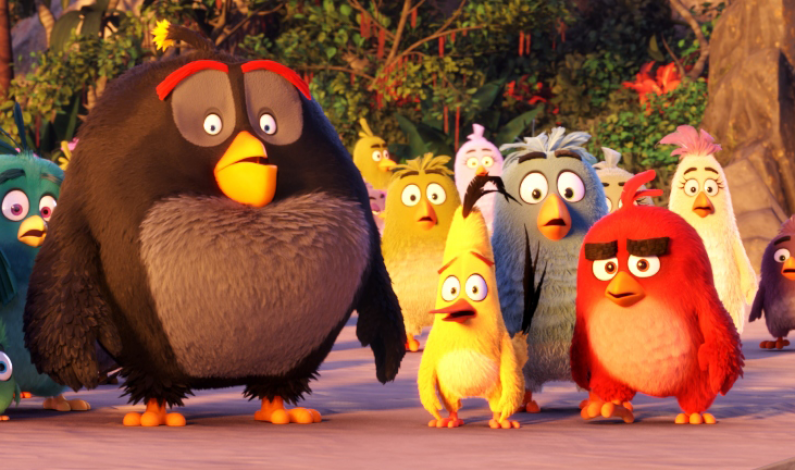 The weekend box office offered three major new opening films, all of which opened below expectations.

Angry Birds, an adaptation of the once popular mobile video game, managed an opening take in the mid-range of box office forecasts. The animated flick from Sony flew off at number one with an estimated $39 million, a gross about on par with Dreamworks‘ Kung Fu Panda 3 earlier this year. While Birds certainly didn’t fail this weekend, it seemed the movie could have earned more due to the popularity and awareness of the game. Perhaps the brand peaked a few years ago, resulting in a less-than-stellar opening weekend. Family audiences haven’t had a major animated film since Zootopia in March. However, they have certainly been distracted by some mammoth live-action Disney hits in both Captain America: Civil War and The Jungle Book.

Angry Birds will have an uphill battle, facing off with sequels to Teenage Mutant Ninja Turtles and Alice in Wonderland, and the much-anticipated Finding Dory — all of which will be released over the coming weeks. Angry Birds earned mediocre reviews from critics and a decent B+ Cinemascore from general audiences. It has currently earned $111 million overseas, for a $150 million worldwide cumulative.

Captain America: Civil War fought its way to another solid three-day take of $33.1 million, getting bumped to second place. The Disney release dropped  54% off its audience from last weekend. It has already outgrossed Batman v Superman both in the states and internationally. Its third weekend decline percentage was identical to BvS, but higher than the third weekend holds of both Deadpool and Iron Man 3. While Civil War has glowing reviews from critics and audiences, it doesn’t seem to be holding quite as well as some expected. Regardless, the film is still putting up massive numbers and could likely wind up the highest grossing movie of the year. The Marvel sequel currently sits at $347 million domestically, and $1.053 billion worldwide. At this trajectory, we are looking at a $410 million domestic/$1.25 billion worldwide gross when all is said and done, or about the same performance as Iron Man 3.

Universal’s comedy sequel Neighbors 2 opened in third place and lost over half of its predecessor’s audience. While some analysts might consider a weekend take of $21 million sizable enough for a comedy, remember that the original Neighbors earned $49 million when it opened two years ago. The sequel earned mixed-positive reviews from critics and an okay B-Cinemascore from audiences — the same as its predecessor. Herein lies where the sequel might have faltered. Audiences weren’t exactly thrilled with the original but were mildly amused, so many weren’t clamoring for another round.

Universal has struggled with its comedy sequels, most recently with Ted 2 last year. That film only managed an $81 million total; Ted (2012) was a huge blockbuster having earned $219 million. Now Neighbors 2 will likely struggle to get to $60 million domestic, a total well-short of anyone’s expectations. The film currently has a worldwide total gross of $51.8 million.

Shane Black’s quirky action-comedy, The Nice Guys, opened in fourth place this weekend to some disappointment with paying audiences.  While they didn’t quite finish last, the Russell Crowe-Ryan Gosling-duo failed to capitalize on the excellent reviews from critics. Audiences saw the film differently, as the buddy-flick throwback could only muster a mild $11.27 million opening weekend and received a B- Cinemascore. This does not bode well for the film’s coming weekends where it was expected to hold well due to word-of-mouth. Now that viewers won’t likely be praising the film, it will be interesting to see where The Nice Guys winds up. Unfortunately for those hoping for more films like this, this opening will only provide studios will further reservation to greenlighting movies like this for wide theatrical distribution.

In other holdover news, The Jungle Book continues to hold incredibly well amidst some huge competition. The live-action Disney release dipped only 36% in fifth place for an $11 million weekend, lifting its domestic total to $327.5 million. Money Monster isn’t quite holding onto its adult-skewing demographic, dropping 52% of last weekend’s audience. The Jodie Foster-directed thriller earned $7 million this weekend and has $27 million in total. Meanwhile, the Kevin Bacon-thriller The Darkness is fading fast, having upped its total to a meager $8.46 million total. Zootopia continues to impress after its 12th weekend in release. Despite its age, the film currently sits in eighth place for the weekend with $334 million in domestic receipts.

In ninth place, the disappointing franchise-killer, The Huntsman, continues to drown having earned $1.19 million for the weekend for a disastrous $46.6 million cume. Overseas grosses are not saving the film; it sits at $158 million worldwide off a $115 million production budget. Tenth place goes to Mother’s Day, a film that continues to plummet since its titular holiday weekend. The $25 million-budget film generated another $1.1 million this weekend for a $31.28 million total.

Next weekend sees the release of the highly-anticipated comic book sequel X-Men: Apocalypse. The film has already earned a solid $103 million overseas and looks to do huge numbers in the states. Disney will counter with their tentpole sequel Alice Through the Looking Glass. Both films are currently earning mixed marks from critics, but should still deliver huge grosses next weekend.

Do you think Angry Birds, Neighbors 2, and The Nice Guys should have fared better at the box office? Do you agree with critics and polled audiences on these movies? Tell us below.