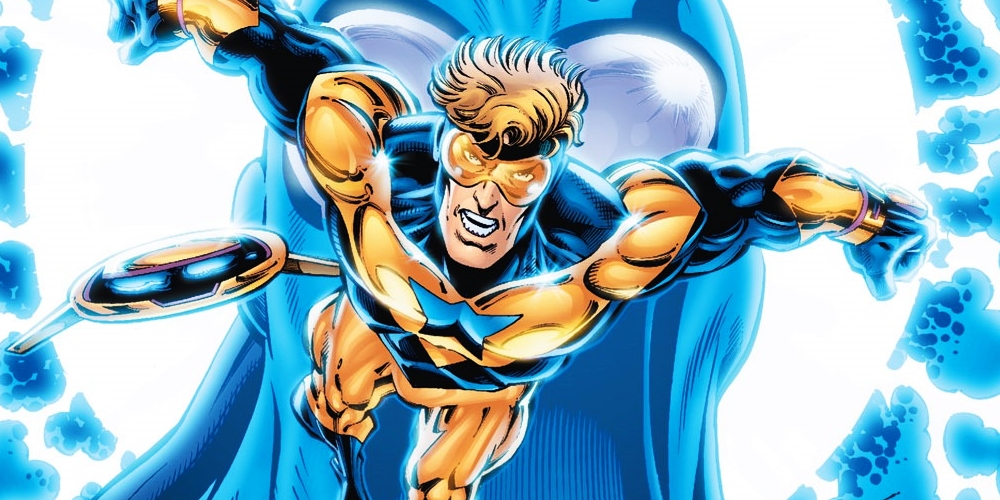 Following speculation of a Booster Gold film being in development, Greg Berlanti confirmed the news himself. Zack Stentz, who wrote The Runaway Dinosaur episode for The Flash Season 2, is currently developing the script. Details aside from this are incredibly scarce. However, Berlanti has revealed an interesting tidbit in an interview with Vulture.

When asked about the Booster Gold’s film connection to the DC Extended Universe, the creative mind behind the Arrowverse divulged: “As of right now we have no connective tissue to those worlds.” So don’t expect to see Batfleck and Henry Cavill’s Superman underestimate the narcissistic time-traveller. He continued,”it’d be a separate thing.”

It’s unfortunate, to say the least. Confusing may be another descriptor. Although, Berlanti’s explanation of how the idea came about may lessen the blow. Bringing the hero to the big screen was born out of a Booster Gold TV show that “never got off the ground.” Berlanti’s plan was to develop the show with producing partner Andrew Kreisberg. The project’s been dead for a while, but the two have been in talks with Geoff Johns to revive the idea in some form. That form just so happens to be a standalone film, set to exist outside of the DCEU.

With WB and DC Films intent on expanding their universe, it’s a wonder this film won’t be included. Some may think the character’s lightheartedness wouldn’t fit the DCEU’s mold. However, if Barry Allen/The Flash is set to open new possibilities, there’s no reason Booster and Skeets can’t do the same. Besides, who doesn’t want to see Batfleck and Wonder Woman’s reaction to an egoist from the 25th Century? It would be great!

Should Booster Gold be separate? Or do you hope he’s somehow connected to the rest of the DC movie universe? Let us know your thoughts in the comments below.