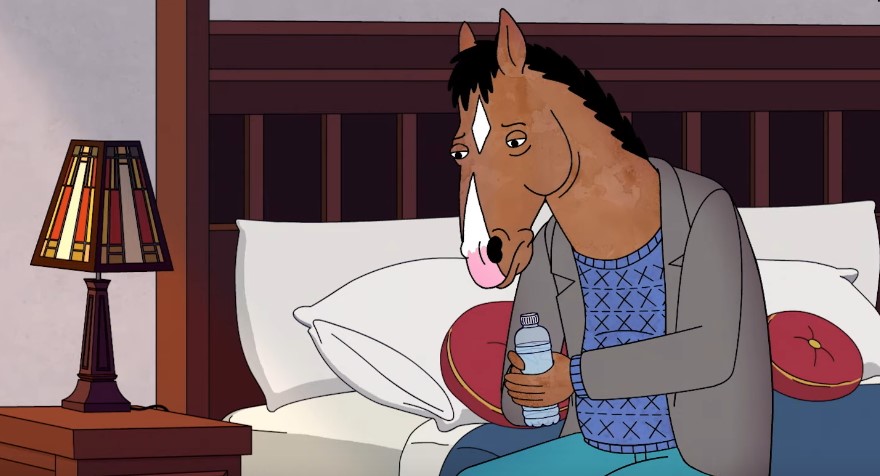 There are a lot of great original shows on Netflix, but Raphael Bob-Waksberg’s BoJack Horseman manages to stand out as one of the must-watch shows on the streaming platform. The series is set to end with its next season, and Netflix has released a new trailer.

The next season looks to pick up pretty much where we left off with BoJack going into rehab. It’s interesting to see how his character is developing, as we’ve followed him the past five seasons coping with self-hatred and depression. Though all of it was relatable for the past seasons, it’s good to know that the showrunners eventually have what sounds like a good ending for the Horse from Horsin’ Around.

Not only Bojack looks to be getting character development too. It looks like the show is finally going to make Mr. Peanutbutter cope with his inner sadness, and though he’d proposed to Pickles in the last season, she’s nowhere to be found. We also have Princess Carolyn trying to cope with being a single mother. Let’s hope everything turns up for her, seeing as she’s been down for most of the show.

While I’m bummed to see the show go, I’m sure this looked like a definitive end for the showrunners. I guess they ran out of things to make BoJack sad about. Let’s just hope the ending is better than what Game of Thrones ultimately came up with.

Here’s the description for Bojack Horseman:

The series takes place in an animated world where anthropomorphic animals and humans live side by side. Back in the 90s, BoJack Horseman was on a very famous TV show called Horsin’ Around, centered around a young bachelor horse who who is forced to reevaluate his priorities when he agrees to raise three human children.

Catch the first part of BoJack Horseman 6 when it comes out Oct. 25. The second half of the season airs Jan. 31.