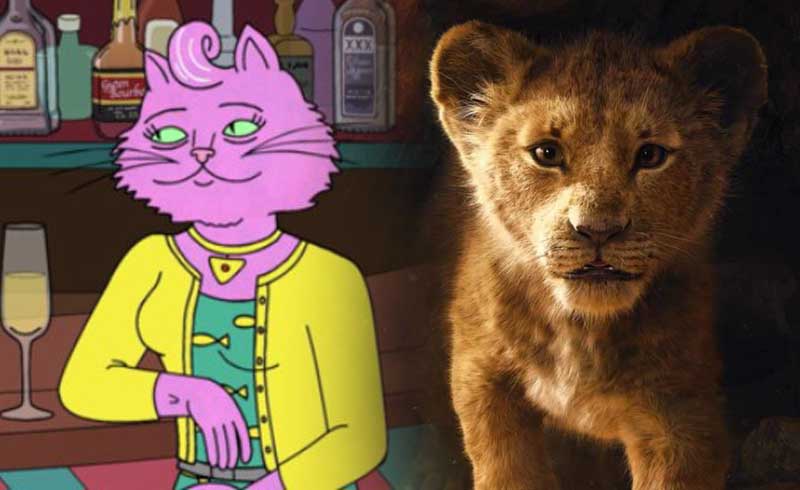 Amy Sedaris is probably best known now for her role as Princess Carolyn in Netflix’s BoJack Horseman. Just in, she’s been cast in another movie filled with talking animals, Disney’s reboot of The Lion King.

As per Variety, Sedaris will be playing a completely new role that has been made for the film. She’ll be voicing what is called an elephant shrew, named after their long noses that look like elephant trunks. The animal is also known for moving really fast and is a native of Africa.

I think Sedaris is a fine addition to the cast. If you’ve seen her work on BoJack, you can tell that she has a very good command of her voice and it’s also very distinct in its own way. I don’t think she’s going to have to stretch too many acting muscles working on The Lion King; but I’ll be happy to hear her voice when her character comes up.

Interestingly enough, this isn’t the first time that Sedaris has worked with director Jon Favreau either. She had also appeared in the Favreau-directed Chef back in 2014. My guess in this film is that she’s going to be another comic relief animal, and I can imagine her scenes taking place either with John Oliver’s Zazu or with Billy Eichner and Seth Rogen’s Timon and Pumbaa.

From Disney Live Action, director Jon Favreau’s all-new “The Lion King” journeys to the African savanna where a future king is born. Simba idolizes his father, King Mufasa, and takes to heart his own royal destiny. But not everyone in the kingdom celebrates the new cub’s arrival. Scar, Mufasa’s brother—and former heir to the throne—has plans of his own. The battle for Pride Rock is ravaged with betrayal, tragedy and drama, ultimately resulting in Simba’s exile. With help from a curious pair of newfound friends, Simba will have to figure out how to grow up and take back what is rightfully his.