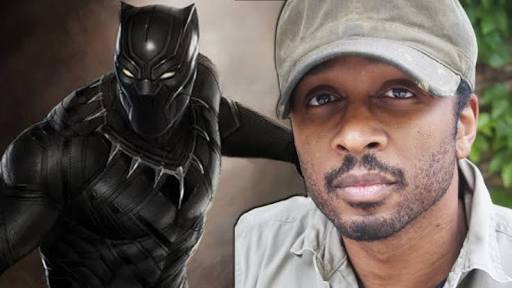 Marvel’s recent release, Black Panther, has arguably changed the landscape of comic book adaptations. Aside from being received well by viewers and critics, the movie currently holds an impressive 97% in aggregator website Rotten Tomatoes, it has also tackled an issue that has yet to be touched upon by any other comic book film. In fact, in a review by The Verge’s Bryan Bishop, the movie is lauded to be Marvel’s best:

“Ryan Coogler’s Black Panther is different. Not only is it a long-overdue embrace of diversity and representation, it’s a film that actually has something to say — and it’s able to do so without stepping away from the superhero dynamics that make the larger franchise work.”

With that said, people who have worked in the movie have been thrust into the spotlight. Best example, Black Panther co-writer Joe Robert Cole,

In a recent panel during this year’s SXSW, Cole has opened up about the relationship between the #MeToo movement and the expectations moviegoers have for the film that they patronize. According to the writer, in this day and age, certain creative liberties past Marvel writers have taken would no longer fly. In the era of Trump, certain storylines, representations and character lines would not be tolerated. For instance, the inherent charming and casual misogyny of Tony Stark would not be received as well as it has been a decade ago.

“Think about where we are now, with this very vapid, unintelligent president and our world is crackling on the edges because of that. Think back to Tony Stark, him being douchey and being okay. If that character, Stark, was created in a movie today, I wonder if the response would be like, ‘Oh, it’s cool that he’s douchey and disrespectful to women … That’s fine.’ I think we’re at a different place. I think it’s a better place” explained Cole during the panel.

This is not the first time Cole has spoken out about how he felt about comic book adaptations and their influence on culture. In a different interview with The Guardian, Cole explains that growing up he never had any superheroes to look up to. Being black, his options were limited even non-existent. He is very proud of Black Panther particularly because it allows people of color to see their likeness in mainstream media – something that was clearly lacking when he was growing up.

“As a kid, I played a lot of make-believe and I would change every hero to black, so instead of James Bond I was James Black; instead of Batman, Blackman. Little brown kids, including my own, don’t have to do that. That’s amazing to me. This is the movie I wish I’d had to look up to. “For both my son and my daughter, this is a movie full of empowered men and women of color, people who are self-determining in terms of who they are. I’m really proud of that and excited for them to see it” said the writer during the sit-down.

Do you feel like Black Panther has opened the gates for Marvel to do more with the MCU than they have been able to do before?