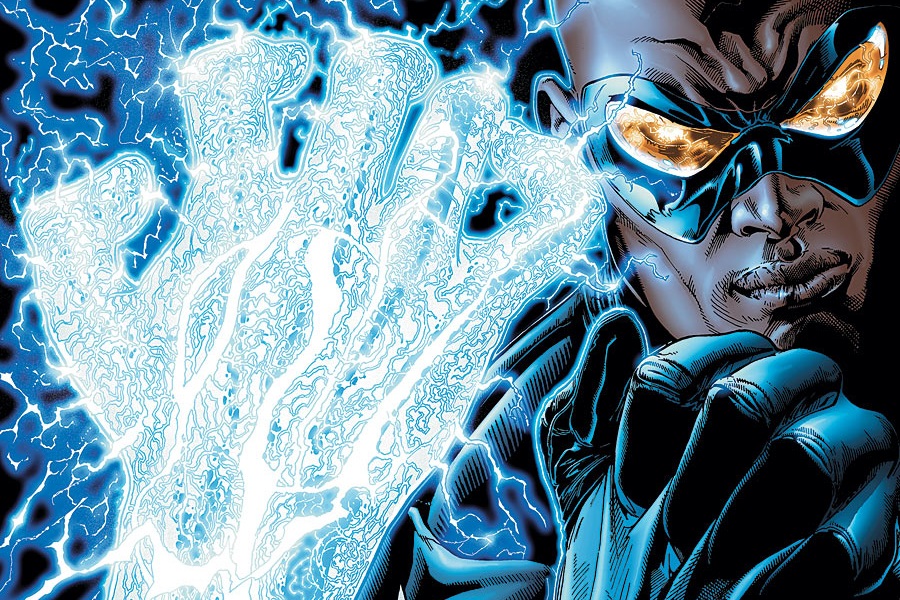 UPDATED 2:07 pm on Tuesday, February 3: It’s official, Greg Berlanti’s Black Lightning series has a spot on The CW. Entertainment Weekly reports that following Fox’s choice to drop the series, the network home to Berlanti’s other DC shows has ordered a pilot episode. The pilot has been penned by Mara Brock Akil and Salim Akil, who will also serve as Black Lightning’s executive producers with Berlanti and Arrowverse vet, Sarah Schechter. In the event that the new series gets a full order, it’s set to join Arrow, The Flash, Legends of Tomorrow, and Supergirl. Still unknown is whether or not the character will become a member of the Arrowverse. Here’s to hoping a five-show crossover is in our near future.

In a swift turn of events, it seems Greg Berlanti’s latest superhero show may end up at The CW after all. The Black Lightning series was originally attached to Fox. However, Deadline reports the network has decided the show won’t be a good fit for the rest of its line up, which already includes other DC series Gotham and Lucifer. Warner Bros. TV has reportedly been on the hunt to find the series a new home, and The CW is the most likely candidate.

If the deal does go through, Black Lightning will join Berlanti’s other shows: Arrow, The Flash, Legends of Tomorrow, Supergirl, and Riverdale. The latter of which was also nearly a Fox series, before the network opted out and The CW swooped in for a quick save. It remains to be seen whether or not Black Lightning will become a member of the Arrowverse, should it make.

Little else is known about the series, including who will star in it. Mara Brock Akil (Girlfriends, The Game) and her husband Salim Akil (The Game, Being Mary Jane) were set to executive produce and act as show runners; it seems the duo is still very much attached to the project. If a pilot is ordered and the show lands, it will be The CW’s first black superhero to headline a series. Interestingly, because Luke Cage streams on Netflix, Black Lightning will be the only broadcast televsion show to have an African American superhero as its lead.

You can read the show’s synopsis below:

“[Jefferson Pierce] made his choice: he hung up the suit and his secret identity years ago, but with a daughter hell-bent on justice and a star student being recruited by a local gang, he’ll be pulled back into the fight as the wanted vigilante and DC legend.”