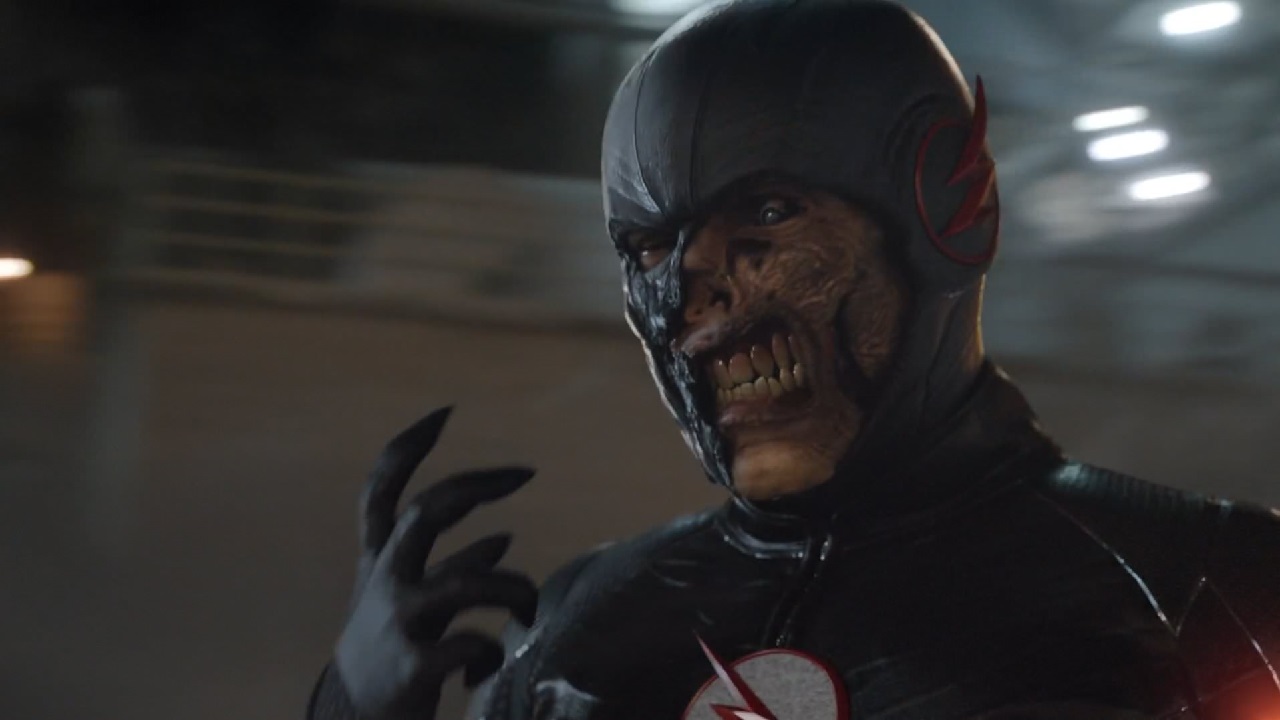 The final few moments of Barry’s battle with Zoom saw the villain transform into Black Flash. The reveal sent out shockwaves of excitement, but he’s yet to crop up in Season 3. When he was carried away by Time Wraiths, his impending return was certainly expected. According to executive producer Andrew Kreisberg, his comeback won’t be exclusive to The Flash.

During the Television Critics Association press tour, Kreisberg noted that “you might be seeing him on multiple shows.” Details regarding which shows and when were left unspoken. However, Kreisberg did tease the following:

“[Black Flash] is a classic character. We have storylines on multiple shows that fit having him around. There’s something so scary about him, something even scarier than when he was just the man, because now it’s now he is the Grim Reaper, he is the devil. How do you stop the devil? So it presents an interesting challenge for the heroes of the respective shows in which he appears.”

This is all great news, but what of Teddy Sears who plays the character? Because the actor is now attached to Fox’s 24: Legacy, his return is unfortunately questionable. Late last year, Sears told TVLine: “It would be a lot of fun to drop back into that world… now I belong to Fox, so there’s lots of people that would have to give a thumbs up. But I really hope so.” This begs the question of whether or not Hunter Zolomon’s likeness would even be necessary. Upon his return, his visage will be one similar to that of a torn cowl-wearing zombie. It’d be great to see Sears reappear, though if conflict doesn’t allow it, a replacement likely wouldn’t be too much trouble.

Now we have to wonder which series Black Flash will appear on, besides The Flash. Legends of Tomorrow is already making great use of another of Barry’s Speedster villains, what’s one more? And a certain someone’s mysterious return to Star City could mean he may make his way on Arrow, eventually. Tell us your thoughts and theories in the comments below.

The Flash returns Tuesday, January 24 on The CW.