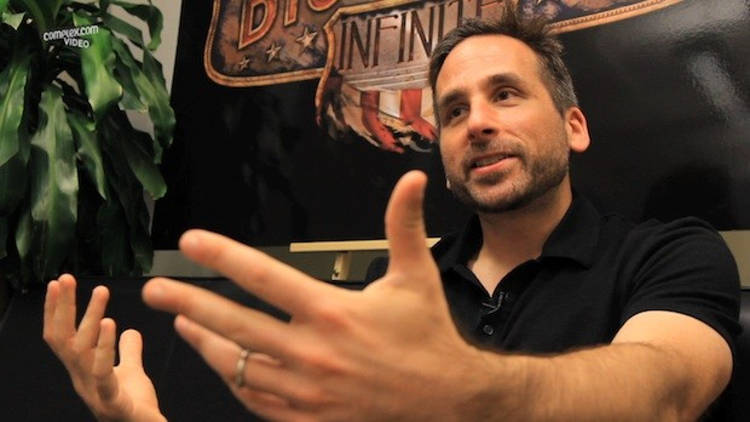 Since the winding down of Irrational Games’ staff in 2014, BioShock creator Ken Levine has said little of his highly-anticipated next project. The man is just as much a master of keeping things under wraps as he is of telling mind-blowing stories. This latest announcement proves just that. Don’t lose your mind yet BioShock fans; this fresh bit of news is not in relation to his new studio’s first game.

In an interview with Wired, the acclaimed game director announced he will write and direct a live-action interactive film based on The Twilight Zone. Let the losing of minds commence. It’s “a side project,” Levine noted when discussing that the film will be developed using technology from Interlude. Interlude is a studio whose speciality lies in alternating between numerous streams of video to provide seamless experiences — remember this Coca-Cola Hulk vs Ant-Man commercial? That was them. This side project isn’t slowing down production on his team’s game though, as they are still “working diligently” on it.

Levine has always shown a passion in creating content outside of games and The Twilight Zone couldn’t be a better fit for his unique kind of storytelling.

“Playing my games, you can probably tell Twilight Zone is something I grew up with,” Levine told Wired. “They speak to a larger truth. They’re morality plays, fables, and often they’re about a character who is going through an experience that’s central to their life, but also speaks to a larger part of the human condition. I don’t think [Rod] Serling, at the beginning, set out to be a science-fiction writer. But he found that this is a great medium to do metaphor.”

The BioShock and BioShock Infinite creative director also spoke of how this was the perfect opportunity to get his feet wet with further exploring the line between films and games.

Levine also stated the project is still pretty early in development. For now they’re “stepping into the writing process,” which means we have quite a while to go before we see or hear anything solid about the projects. And with Ken Levine at the helm, it’ll be a long wait. His brand of genius takes time, and he’s more than willing to do just that. That diligence hasn’t failed him yet. This project, like the ones he’s led before it, is sure to be ground-breaking on multiple levels.