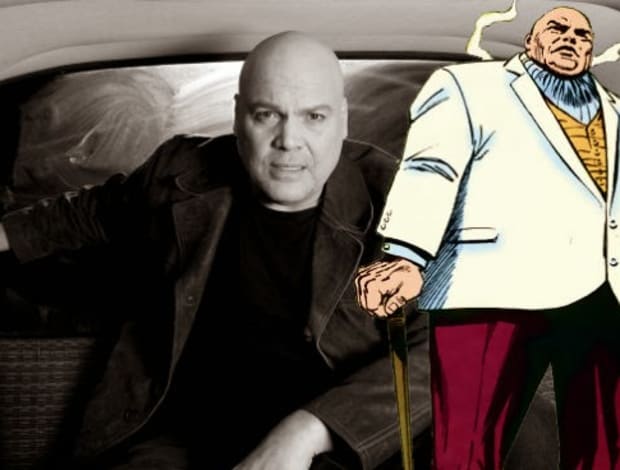 Esteemed Marvel artist, Bill Sienkiewicz took to Twitter earlier this week to praise the suggestion of a James Gunn-directed Moon Knight film. Of course, he also took the time to ensure that the actor who portrayed the Kingpin in Netflix’s Daredevil got his fair share of the accolades as well.

Vincent D’Onofrio won over comic fans with his performance as the Kingpin of Crime in Hell’s Kitchen in the wildly successful Daredevil series. D’Onofrio has made no secret of his willingness to continue in the MCU, particularly about the possibility of working with Gunn in Moon Knight.

Of course, the chance of this happening is pretty much speculation at this point, as Gunn claims that he hardly has any time to devote to a project after Guardians of the Galaxy Vol. 2, but the idea of D’Onofrio reprising his role in another Marvel setting not only adds continuity to the MCU, it also fuels the fiery imaginations of comic geeks everywhere. Also, when the iconic artist responsible for one of the greatest runs on Moon Knight lends his support to the notion, then the entire thing blows up into a fantasy-rich explosion of much-needed wish fulfilment.

Is this a bad idea? Well, given that a successful Hollywood director with legions of approving fans wants to do it, supported by an insanely talented actor with his own army of devoted fans, then it could be within the realm of achievability. Considering that this whole concept is also approved of by a legendary comics artist responsible for the incarnation of this iconic superhero that most fans think of when recollecting this character, then the answer to this question is most clearly a resounding NO.

This is, in fact, one of the best ideas to ever spontaneously present itself to Marvel producers over the head. It boggles the mind to wonder why anyone isn’t taking it more seriously.