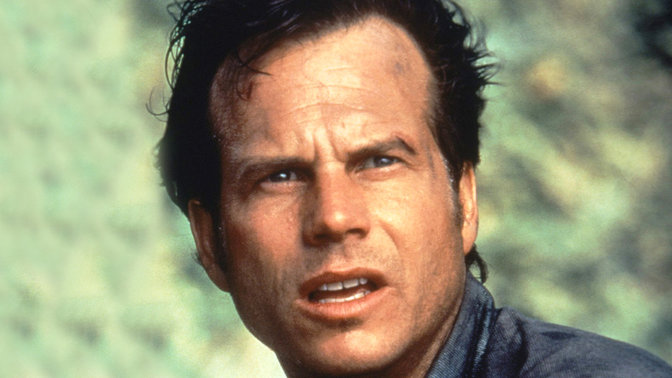 It is a sad day in the world of geeks as legendary character-actor and filmmaker Bill Paxton has passed away at age 61 due to complications during surgery.  Paxton has been the highlight of some of the biggest movies ever made, so it is truly saddening to hear of his passing.

The actor, a Texas native, launched into stardom in the early 80’s working in several of prolific director James Cameron’s films.  After a memorable, yet brief turn as a punk gang member in The Terminator, Paxton eventually went on to become Private Hudson in Aliens (1986), arguably his most memorable role – known for the catchphrase, “Game over, man!  Game over!”  The cast of the film, including Paxton, and Cameron recently reunited for a 30th anniversary screening of the film at the San Diego Comic Con last year.

Following his breakout performance in Aliens, Paxton later starred in Near Dark, Predator 2, True Lies, Apollo 13, Twister, Titanic, and several other major films.  Known also for his filmmaking ambitions, he directed and starred in the horror film Frailty with Matthew McConaughey, and also directed the golf drama The Greatest Game Ever Played starring Shia LaBeouf.

Paxton most recently has starred in the Tom Cruise-led sci-fi adventure Edge of Tomorrow as Master Sgt. Farell in 2014, and became a part of the Marvel Universe in Season 1 of Agents of SHIELD as John Garrett.  The actor can currently be seen in the CBS reboot series of Training Day, and still has the upcoming thriller The Circle on the way which also stars Tom Hanks and Emma Watson.

While Bill Paxton’s passing is certainly a time of mourning, his legacy and one-of-a-kind characters will live on.  After all, not many actors’ resumes include characters that have met their fate against a terminator, an alien, and a predator.  With that kind of legacy and in the hearts of his fans, Paxton’s legacy will never be ‘game over.’