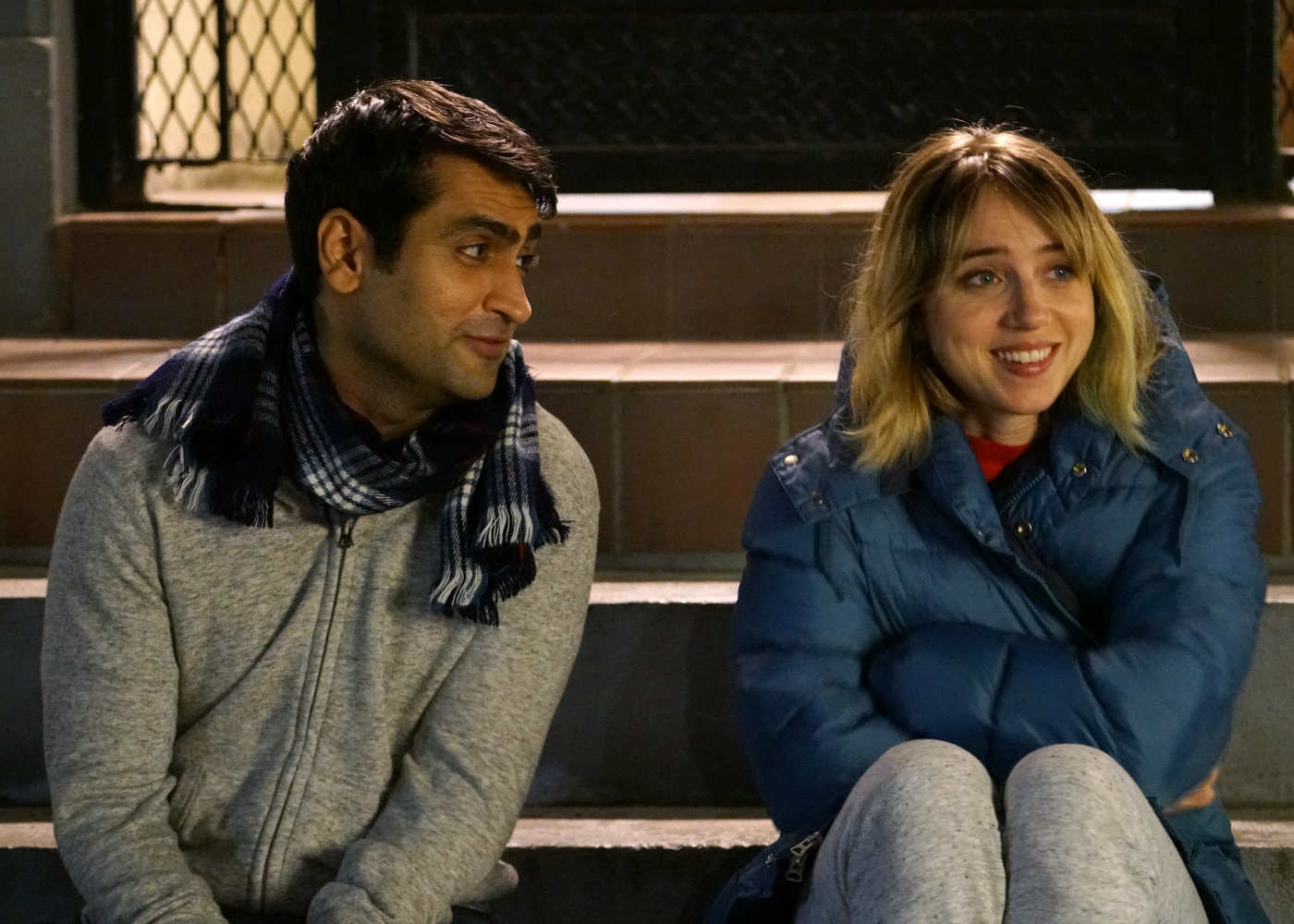 Much has been made of the failings of large studio comedies in 2017. Perusing the year’s genre offerings makes for bleak reading; Baywatch, Rough Night, The House, Chips, Snatched, and Fist Fight have struggled to raise more than a handful of laughs between them, and the box-office receipts are even paltrier. Well welcome to the stage Kumail Nanjiani, more familiar to fans of Silicon Valley as the put-upon Danesh, to write (alongside his wife, Emily V. Gordon) not only the best comedy of 2017, but with The Big Sick they have one of the very best films, full stop.

Juggling duties as an Uber driver with dreams of becoming a stand-up comedian, Kumail (Nanjiani) is a young Pakistani-American whose family emigrated when he was young in order to provide him with more opportunities. Adhering to their cultural beliefs, they’re also adamant that Kumail marry a bride of their choosing, and so a conveyor belt of eligible young women are conveniently invited to the family dinners, none-of-whom interest him. For whilst Kumail has presented the façade of being a devout Muslim to his parents, the truth is he plays video games when he is meant to be praying, has no intention of being told who to marry, and perhaps most problematic of all, has fallen for Zoe Kazan’s Emily; a white American girl.

Culture clash comedies are nothing new, nor are rom-coms about couples dealing with family differences, even Judd Apatow produced films that feature stand-up comedians stood around ad-libbing dialogue are kinda rote. So what makes The Big Sick different? The simple truth is that it feels real. There are jokes about needing to go to toilet in the middle of the night, which sit beside observations on cultural stereotypes. Both are incredibly funny, but neither are forced in the way that modern comedy sometimes feels the need to. Here, a couple of wryly observed lines will wring more belly laughs than a bloated set-piece found in most contemporary comedies.

It also helps that this is probably the most likeable ensemble cast imaginable; not only does Kumail Nanjiani convince as a self-deprecating leading man, charming, empathic and fallible, and Zoe Kazan add to her unconventional leading lady resume after the little seen Daniel Radcliffe starrer, What If, with utterly watchable aplomb, but they’re almost overshadowed by the peripheral players.

Ray Romano emerges from behind Ice Age’s CGI woolly mammoth as Emily’s father, an inhibited man struggling with his patriarchal duties, who forms a delightfully awkward bond with Kumail. And as her mother, Holly Hunter is terrific; part demonstrative protector, all utterly human and relatable. Nobody here feels like a caricature.

Some of the films biggest laughs come from Kumail’s conversations around the dinner table with his family. Their positioning throughout the story act as punctuation to certain chapters of his character arc, so they veer from comedic, to serious, and as his strictly traditional parents, Zenobia Shroff, and in particular Anupham Ker, are almost the headline couple. There is a final reel exchange between Kumail and his father that will bring the house down, and it’s not the first time The Big Sick achieves that feat during its sprightly two-hour run time.

Everything in The Big Sick feels fresh and earned, with the emotions as genuine as the laughs. Even those moments that seem like echoes from other genre efforts are validated by the unpredictability of it all and the semi-autobiographical nature of the story, proof of which is plastered over the end credits. By which point you’ll have a huge grin on your face and an extra beat in your heart.