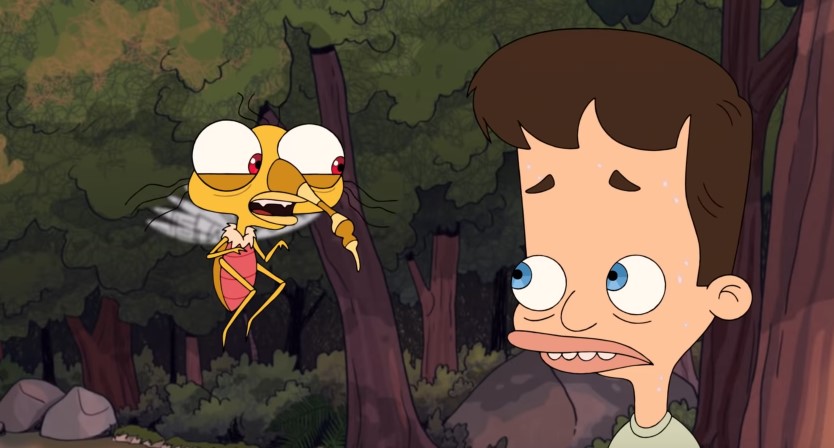 Hormone monsters and the Shame Wizard have found their spotlight in past seasons of Netflix’s Big Mouth, and now the fourth season gives us the face of another ‘monster’ that plagues pubescent teens—anxiety.

By the looks of it, the show is going to continue exploring the kids of Big Mouth as their bodies continue to change and they face more problems of common teenagers. It’s pretty interesting how the show keeps giving aces to real-life ‘monsters’, and I can’t wait to see how the series will tackle anxiety.

Comedian Maria Bamford will be providing the voice of the Anxiety Mosquito this season of Big Mouth, and other guest stars include Seth Rogen, John Oliver, Lena Waithe, and Sterling K. Brown. Opposite the Anxiety Mosquito is also the Gratitoad, and he’ll be voiced by Zach Galafianakis.

It’s also worth noting that Ayo Edebiri will be providing the voice of Missy after Jenny Slate left the role earlier this year, but we don’t know if that’s her voice when Missy talks in the Big Mouth trailer. It’s said that Slate will still provide the voice of Missy for a majority of the season, and Edebiri will be taking over for the character moving forward. My guess is that Missy’s voice changes as she starts to undergo puberty, but the show could be planning something else entirely.

Catch Season 4 of Big Mouth when it returns to Netflix on Dec. 4.